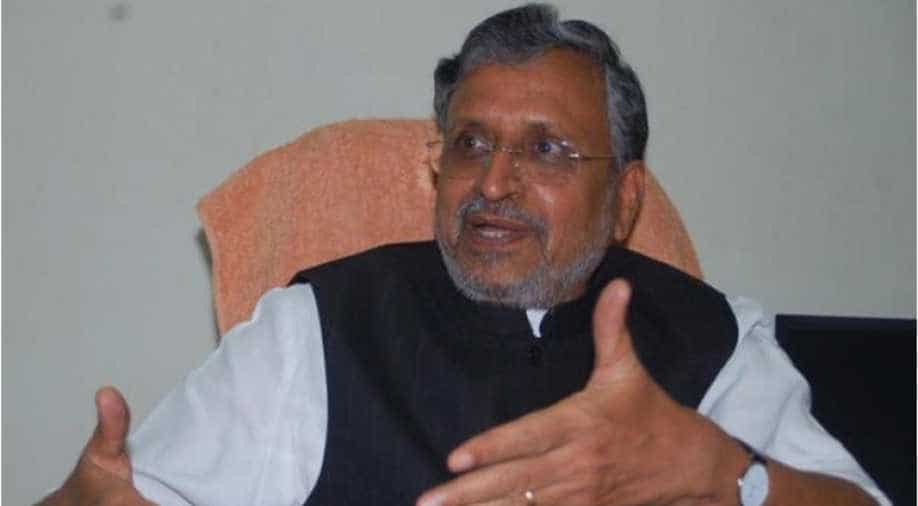 Bihar Deputy Chief Minister Sushil Kumar Modi has claimed that Loktantrik Janata Dal founder Sharad Yadav is siding with the RJD as he finds nothing wrong in the alleged benami properties owned by its president Lalu Prasad's family.

The remarks of Modi, who is also a senior BJP leader, followed Yadav's meeting with Prasad, who is currently lodged at a hospital in Ranchi on account of ill-health.

"Sharad Yadav finds the benami wealth of Lalu family as legitimate and therefore, he rebelled against the JD(U) and started siding with the RJD," Modi tweeted on Saturday.

The Deputy CM's remark was a reference to the former JD(U) national president walking out of the party, which is now headed by Chief Minister Nitish Kumar, and siding with the opposition camp in Bihar.

Yadav formed his own outfit, Loktantrik Janata Dal, in April this year after he was disqualified from the Rajya Sabha following a petition filed by the JD(U) before the Chairman of the Upper House.

A former NDA convener himself, Yadav had refused to toe the party line when Kumar walked out of the Grand Alliance comprising the JD(U), the RJD and the Congress, and formed a new government with the BJP.

Sushil Modi also criticised Yadav for "making an inappropriate comment against Rajasthan Chief Minister Vasundhara Raje Scindia, but keeping mum on the extradition of Christian Michel, who is involved in the Rs 255-crore Augusta Westland helicopter scam of which the Gandhi family was a beneficiary".

After drawing flak over his remarks against the Rajasthan CM a couple of days ago, he expressed regret and said he would write a letter to her.

"Sharad Yadav is becoming a part of a front opposed to the NDA government, which has curbed black money, and ending up helping the Lalu-Gandhi families in protecting their ill-gotten wealth," Sushil Modi alleged.