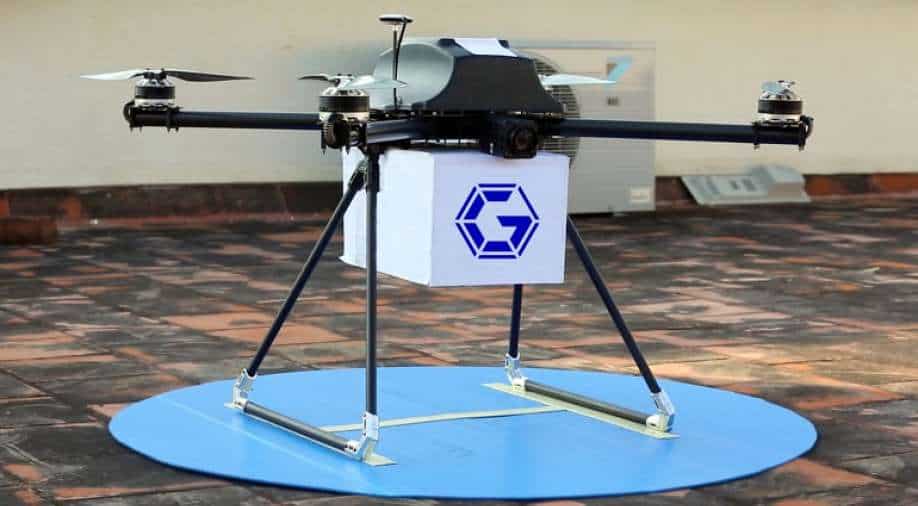 Garuda Drones which will be used to deliver grocery items Photograph:( WION )

Food tech and delivery company Swiggy had recently announced that Garuda's drones will be among those that will be flown to replenish inventory between seller-run stores and a drop point.

A flurry of preparatory activity is underway at the Chennai-headquartered Garuda Aerospace, an Indian drone manufacturer. The company drones will be among those that are part of a first-of-its-kind, real-world trial in India, where drones will be used to accelerate the process of grocery delivery (by app-based delivery services).

Food tech and delivery company Swiggy had recently announced that Garuda's drones will be among those that will be flown to replenish inventory between seller-run stores and a drop point. Following this, the delivery executive would carry the products to the customers' location. These trails are expected to take place first in Bengaluru and then in Delhi, National Capital Region (NCR) areas.

WION spoke to Agnishwar Jayaprakash, Founder and CEO, Garuda Aerospace, to understand the work that is underway to facilitate this trial.

According to him, the grocery delivery trials are to take place within a few weeks in the metropolis Bengaluru and Hoskote, a town that is nearly 30kms away from the former. He added that the drone deliveries would be implemented for real customer orders and not mock orders. "

We are starting off in Hoskote, a smaller town and a comparatively less-populated area so as to reduce the number of permissions and approvals required for such a trial. While 80 per cent of the trials would involve drones carrying the grocery from a seller location to a pickup point (where the executive collects it), the remaining would involve last-mile delivery using drones" he said. 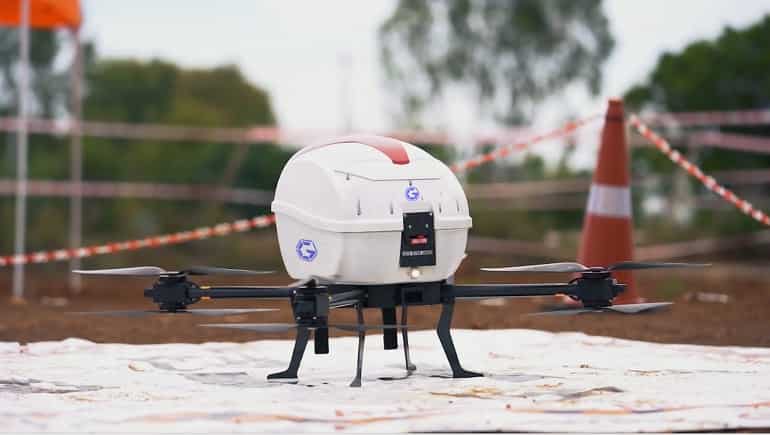 Dubbed the 'Garuda delivery drone', the unmanned aerial vehicle would be pre-fed the coordinates of the drop location and would have to deliver the payload at the said point. Garuda Aerospace claims that the variant being used for such deliveries can fly at a top speed of 75kmph, at a maximum altitude of 950meters, carrying up to 15kg of payload and will cover deliveries in locations that are within 5-15km radius. Queried about the need for pilots, Agnishwar said that the drones are programmed to do the job autonomously, while avoiding obstacles such as power cables, birds, trees etc. However, the entire operation would be monitored by their company's drone pilots, who would intervene in case of an emergency.

The company is also in touch with Resident Welfare Associations (RWAs), in order to seek necessary permissions for having drones deliver the groceries directly to customers who reside in their premises.

"We are planning to use one version of drone where the payload will be lowered to the ground, while the drone remains airborne. In another version, the drone will land and place the payload on the ground. Options like collecting the grocery from the rooftop or other open spaces in apartment complexes are being worked out. In case of direct delivery to customer, we are even considering the option of feeding facial recognition into the drone, to ensure that the intended customer alone gets the order" Agnishwar explained.

Indian Prime Minister Narendra Modi had inaugurated Garuda's drone manufacturing facilities in February, following which, the company said that it expects to manufacture about 50,000 drones in India in the next year.

"We have also received signed confirmation orders for over 8,000 drones from countries like Malaysia, Panama, UAE" the company added.

The firm also received a Pre-series A funding round of an undisclosed sum from Canada-based Ocgrow ventures. This investment round is expected to serve as a primer before Garuda's $30million Series A round scheduled for June 2022.