Rajnath Singh holds bilateral meetings with Japan, US at ASEAN Defence Ministers Meeting Plus in Bangkok 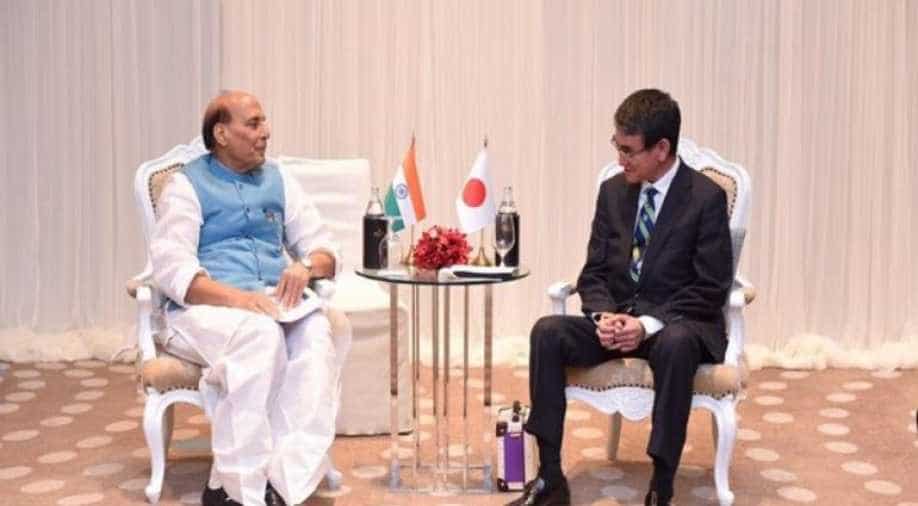 "Had a wonderful interaction with Japan's Minister of Defence, Mr Taro Kono. We had a detailed discussion on adding further momentum to India-Japan defence cooperation," Singh tweeted.

Had a wonderful interaction with Japan’s Minister of Defence, Mr. Taro Kono.

We had a detailed discussion on adding further momentum to India-Japan defence cooperation. pic.twitter.com/WaiTt6GPTI

The ADMM-Plus meeting will witness the participation of defence ministers from ASEAN member countries and eight other nations. The ministers would gather and discuss the way forward for security cooperation in this meeting.

Prior to this, Singh also had a fruitful discussion with Esper over boosting defence cooperation between India and the US as well as the opportunities and challenges in the Indo-Pacific region.

"Had an excellent meeting with US Secretary of Defence, Dr Mark T Esper in Bangkok today. We talked about ways to expand defence cooperation between India and the United States," Singh said.

"Productive discussion today with Indian MinDef Rajnath Singh on opportunities and challenges in the #IndoPacific. As the largest democracy in the world, India is a major defence partner and has an essential role in maintaining stability in the Indian Ocean region," Esper tweeted.

He said that the forum will provide an opportunity to deliberate on sustainable security, terrorism and coastal security.

"Security can only be successful if it is sustainable," the minister stressed.

Later today, Singh will also inaugurate the India pavilion at the Defence and Security Exhibition in Bangkok. He will address the business seminar and interact with the industry representatives.

As part of the agenda for the ADMM Plus meeting, Singh will also release the Handbook on Military Medicine for ASEAN along with the Defence Minister of Myanmar.

A courtesy call with the Prime Minister of Thailand Prayut Chan-o-cha will also take place during the visit.