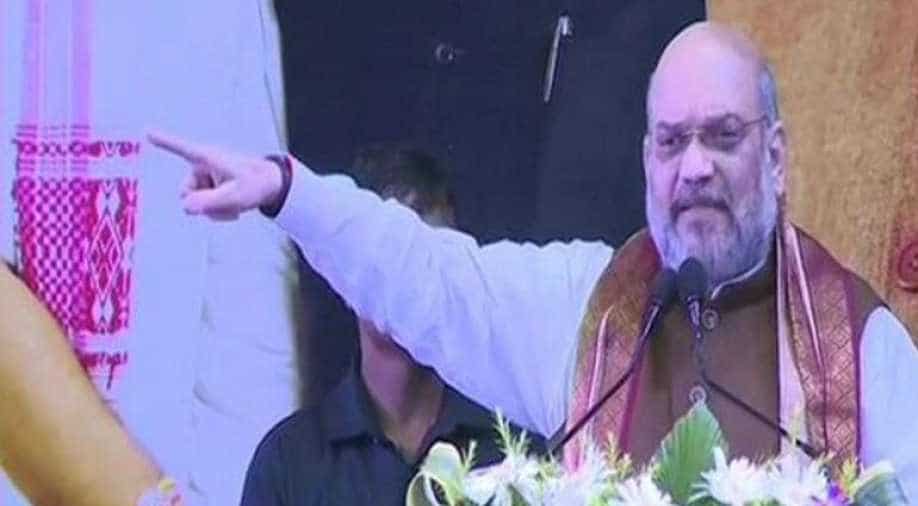 Addressing a rally in poll-bound Maharashtra, he said the Modi government had taken steps for empowering the OBCs.

BJP president Amit Shah on Monday said that the Prime Minister Narendra Modi had repealed Article 370 within months of returning to power with an increased majority and urged people to take to task those who had "opposed" the move.

Addressing a rally in poll-bound Maharashtra, he said the Modi government had taken steps for empowering the OBCs and given constitutional status to National Commission for Backward Classes.

He said the government was moving in the direction shown by BR Ambedkar to empower the weaker sections.

"Article 370 should have been scrapped or not? Is Kashmir an integral part of India or not? Prime Minister Narendra Modi has worked for integrating Kashmir with Bharat or not? Will you not question those who oppose it?" Shah asked.

The Union Home Minister also heaped praises on Pankaja Munde, a Minister in Maharashtra government, who is contesting from Beed.

He remembered her father and former union minister Gopinath Munde, saying he had done a lot of work for uplifting farmers, labourers and backward sections.

"Gopinath Munde devoted his whole life for the sugarcane farmers, labourers in the sugar mills. Pankaja too is working for the backward sections of society," he said.

Shah also greeted people on Dussehra. " It is the festival of victory of good over evil and inspires us to keep moving forward in life."

BJP is contesting Maharashtra polls in alliance with Shiv Sena. The state will go to the polls on October 21.