Minimum use of force should be motto of police everywhere, says Amit Shah 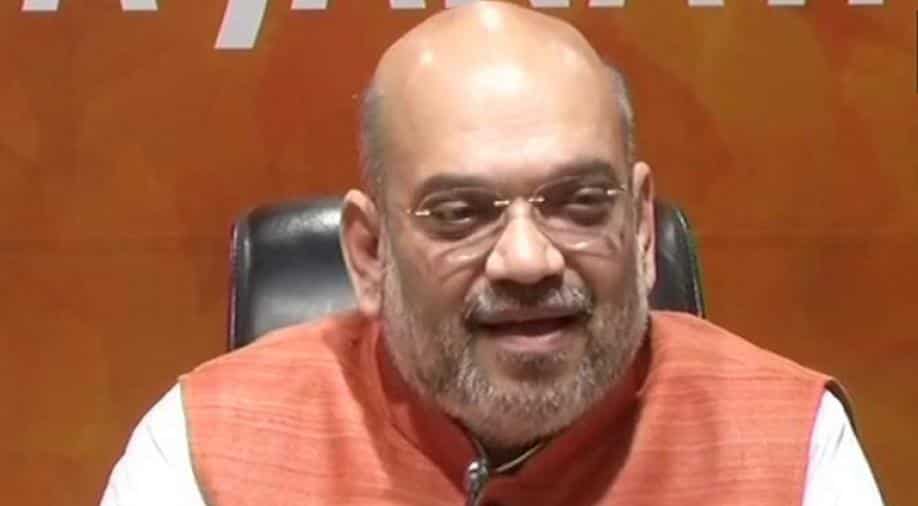 Minimum use of force and maximum effectiveness should be the motto of police everywhere, Shah said.

Home Minister Amit Shah on Monday said that minimum use of force and maximum effectiveness should be the motto of police everywhere in accordance with Prime Minister Narendra Modi's vision for New India and there is a need of human touch and sensitivity in the police to gain people's trust.

Shah said in Prime Minister Narendra Modi's vision of a 'New India', "minimum use of force and maximum effectiveness should be the motto of police everywhere and there is a need for human touch and sensitivity in the Police to gain peoples' trust."

Addressing the probationers of the 2018 batch of Indian Police Service (IPS) here, Shah called for a conceptual change in the Indian Penal Code (IPC) and the Criminal Procedure Code (CrPC) and said that the amended code must be in line with India being a welfare state.

He noted that the purpose of the IPC and the CrPC has shifted from preservation of the British empire to the welfare of the people and this has to be reflected in the provisions and application of the code.

The Home Minister said there is a need for bringing a positive change in the public perception about the police.

According to a Home Ministry release, Shah advised the probationers to never run away from responsibility and never compromise with discipline.

He said that there are three constituents of the constitutional framework of the country -- the people, the government and the bureaucracy.

The government and the bureaucracy need to perform their roles responsibly in order to effectively implement the Constitution in its letter and spirit, he noted.

The minister encouraged the probationers to be a proud part of a service that is continuously working to ensure the safety and security of the people.

He said the fear associated with police should be removed by bringing a positive behavioural change in the personnel and added that the IPS as an institution must make this change percolate to the grassroots.

He said that maintaining peace and stability was very important to achieve the Prime Minister's vision of a $5 trillion economy.

The minister said that for developing a positive image of the police, it is necessary that young probationers focus on discharging their official duties honestly and make a positive contribution to the betterment of the society.

He said contrary to the image of police portrayed in popular culture, it is the police officers from top to bottom who are responsible for maintaining law and order.

The minister said reforming the system does not mean shunning traditional ways of policing totally and is a continuous process of adapting old methods to address new challenges.

Noting that the challenges faced by societies change and so should the responses to them from laws to technology, he said that the government is committed to police reforms and encouraged the probationers to individually carry out small yet important improvements in local police functioning, wherever they were posted