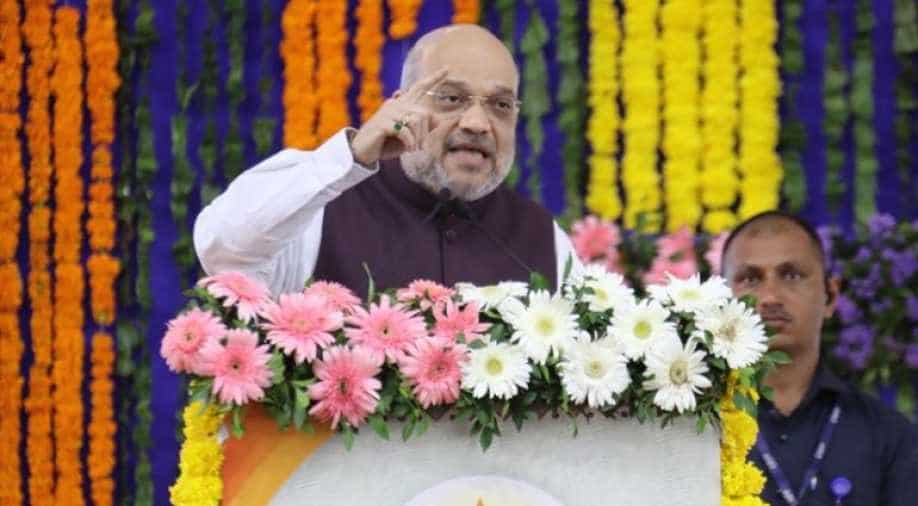 Union Minister Amit Shah will address a two-day conference of chiefs of Anti-Terrorism Squad from different states in the national capital on October 14 and 15.

Sources told ANI that the conference of ATS chiefs is being organised by the National Investigation Agency (NIA). The purpose of the conference is to alert and formulate a proper counter-terror action plan.

The conference will be addressed by Shah and National Security Advisor Ajit Doval.

During the conference, the ATS chiefs will also give a presentation on preparations to counter possible terrorist attacks.

After the abrogation of Article 370 and ahead of Diwali festivities, security agencies are on high alert.

A document exclusively accessed by ANI said that with the help of Pakistan Army and ISI, the three top terrorist organisations - Lashkar-e-Taiba (LeT), Hizbul Mujahideen (HM) and Jaish-e-Mohammad (JeM) - have distributed responsibilities to carry out terror attacks in Jammu and Kashmir, and other parts of India, and for political and police killings.

"There is a credible input that terrorists have recently held a joint meeting at an unspecified location in Pulwama in which different operational responsibilities were assigned to different terrorist groups as a future strategy," the document stated.

Following constant terror threats, the security forces have already been asked to coordinate with agencies and follow all standard operating procedures.
A special police force, the Anti-Terrorism Squad, deals with specialised terror threats like the 2008 Mumbai terror attacks.