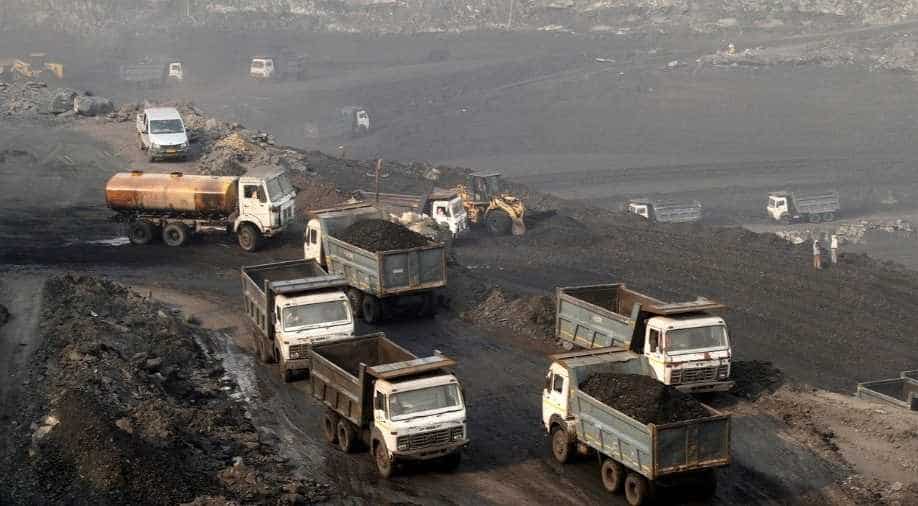 The BJP workers have been staging sit-down protests and waving flags at state-run Coal India Ltd's mines in Odisha, demanding a safety audit of all mines in the region.

Members of Bharatiya Janata Party (BJP) have mounted protests that have paralysed production at one of India's biggest coalfields following a deadly accident last week.

The BJP workers have been staging sit-down protests and waving flags at state-run Coal India Ltd's mines in Odisha, demanding a safety audit of all mines in the region.

Rescue officials said they have recovered the bodies of three workers who were trapped inside the mine in Odisha's Angul district after a landslide on Tuesday, and are trying to recover another body from inside the mine.

Kalandi Samal, a local BJP leader who is leading the protests, said the demonstrations will continue until authorities ensure safety measures to prevent such tragedies and ensure adequate compensation to the victims.

Production at Odisha state's Talcher coalfields, which account for at least an eighth of Coal India's annual production, has not resumed after the accident, said Dikken Mehra, a spokesman for Mahanadi Coalfields Ltd, a unit of Coal India.

State-run Coal India has a near monopoly on the coal industry in India, producing more than four-fifths of the country's coal output.

"The forced stoppage of all the mines at Talcher has resulted in a cumulative loss of 842,000 tonnes of coal production," Mehra told Reuters, adding that the company has suffered a loss of about 856.8 million rupees ($12.43 million).

Though deaths at coal mines in India have come down over time, it remains one of the most dangerous countries to be a coal miner, with one worker dying every seven days on average in state-run mines in 2018.

In addition, thousands of workers, including children, have been killed in illegal rat-hole mines that are notorious for their poor safety record, with many accidents going unreported.

"We are in talks with all the stakeholders to resolve the issues as soon as possible," Mehra said, without divulging details on the timeframe for resumption of production.

Coal India is trying to divert supplies from elsewhere to ensure coal availability at utilities and companies that normally rely on the Odisha coalfields.

"Production will be affected if the mines remain shut for more days," said Tapan Kumar Chand, chairman of NALCO.