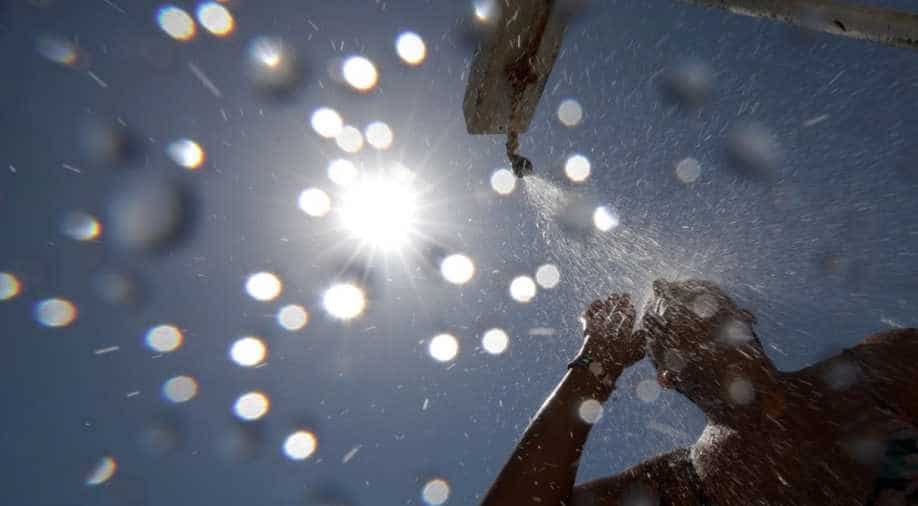 A woman stands under a shower on the beach in Nice as a heatwave hits much of the country, France, June 28, 2019. Photograph:( Reuters )

Minister of State for Home G Kishan Reddy said relevant inputs in this regard are regularly shared with the state governments and agencies concerned with the advice to take appropriate action.

In June, Iran said it executed a former contract employee of the defence ministry aerospace body on charges of spying for the US Central Intelligence Agency.