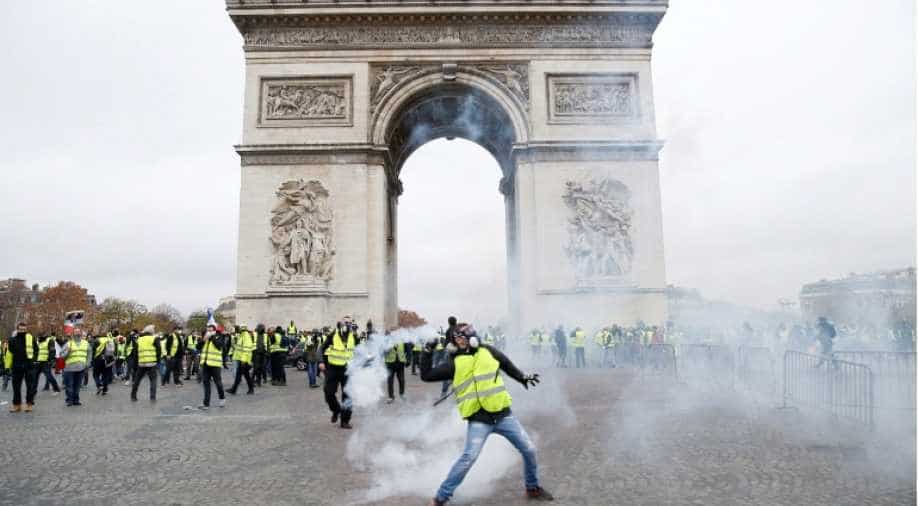 A young Saudi woman's flight from her family and country has stirred debate in Saudi Arabia about its requirement that women get permission from a male guardian to travel or marry, according to a Dow Jones Newswires report made available to EFE on Saturday.

Number of 'yellow vest' protesters surges to 84,000 but violence down

The number of protesters in the latest "yellow vest" rallies across France surged on Saturday, but there was a marked decline in violence despite hundreds of arrests and clashes with police in Paris and other cities.

All-rounder Vijay Shankar and batsman Shubman Gill have been called up to fill the vacant spots in the Indian cricket team after Lokesh Rahul and Hardik Pandya were ordered home ahead of India vs Australia one-day series.

600 people leave in first evacuation from Syria IS holdout: Monitor

Over 600 people were evacuated Saturday from the Islamic State group's remaining holdout in eastern Syria, a monitor said, as US-backed fighters prepare for a final assault on the area.

Texas Democrat Julian Castro, a former San Antonio mayor who went on to be the top US housing official, announced his White House bid on Saturday, the first Hispanic in what looks to be a crowded field of candidates vying to challenge President Donald Trump in the November 2020 election.