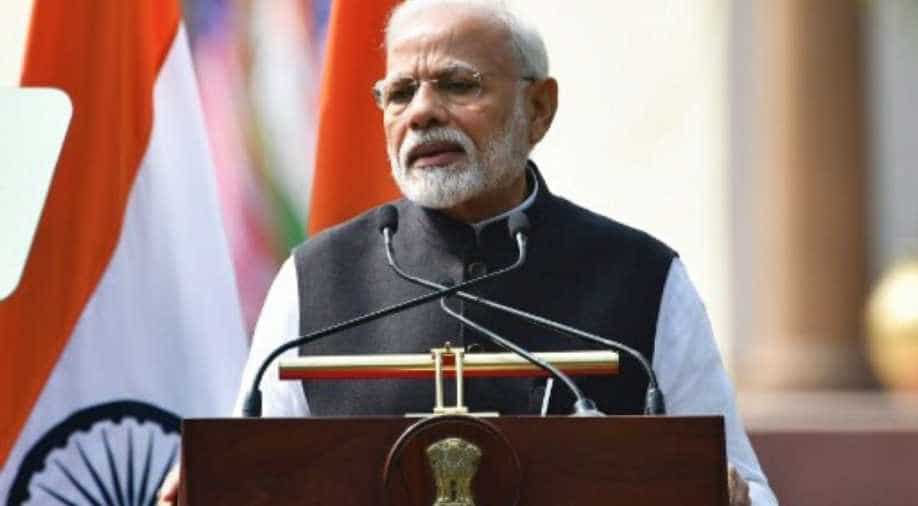 Prime Minister Narendra Modi said that Mahabharata battle was won in 18 days while the war against coronavirus will take 21 days. He was interacting with the citizens of Varanasi via video conferencing on Wednesday.

"Mahabharata war was won in 18 days, this war the whole country is fighting against #corona will take 21 days. Our aim is to win this war in 21 days," said PM Modi.

In his first public engagement after the announcement of the lockdown, the Prime Minister expressed gratitude towards people for taking out time for the interaction.

Today is the first day of Navratri, you all must be busy in performing rituals and offering prayers, but still you took out time for this interaction, I`m grateful to all of you. I pray to Goddess Shailputri to give us the strength in the country`s fight against coronavirus," said PM Modi.

"As the MP of Varanasi, I should have been amongst you in times like these. But you are aware of the things that are going on in Delhi. Despite being busy here, I have been taking regular updates on Varanasi from my colleagues," he said.

He also requested people to not believe in rumours and said," At times, people don`t pay attention to things which are important. The same is happening in India. I request people to understand the facts and not believe in rumours. COVID-19 doesn`t discriminate between the rich and the poor. It will not spare anyone just because they perform yoga or exercise daily."

On Tuesday, Prime Minister Narendra Modi announced a 21-day lockdown in the entire country to deal with the spread of coronavirus, saying that "social distancing" is the only option to deal with the disease, which spreads rapidly.

In a televised address to the nation, Prime Minister Modi said that it is vital to break the chain of the disease and experts have said that at least 21 days are needed for it.

Coronavirus cases rise to 2,301 in India