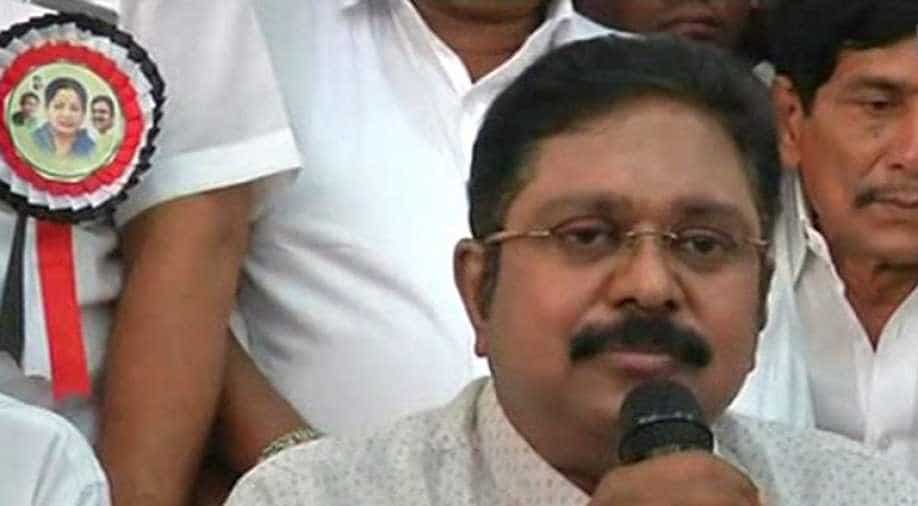 Considering second and the first list released by the party, it has totally fielded 38 candidates to the 40 Lok Sabha constituencies spread across Tamil Nadu and Puducherry, 17 candidates for the 18 vacant Assembly seats in Tamil Nadu.

Considering today’s list and the first list released by the party, it has totally fielded 38 candidates to the 40 Lok Sabha constituencies spread across Tamil Nadu and Puducherry, 17 candidates for the 18 vacant Assembly seats in Tamil Nadu.

One Lok Sabha constituency, central Chennai, would be allocated to their ally the Social Democratic Party of India.

TTV Dhinakaran is no stranger in Tamil Nadu’s political landscape, as he had earlier represented the state as a Lok Sabha and Rajya Sabha MP while being associated with the AIADMK.

He is also the nephew of  V K Sasikala, who was the aide and confidant of former chief minister Jayalalithaa. After being expelled from the AIADMK, post the demise of Jayalalithaa and the jailing of his aunt V K Sasikala, he floated his outfit the AMMK (which was not registered with the ECI) and vowed to fight against the AIADMK.

It was in late 2017 that he shot to prominence after winning the prized R K Nagar Assembly constituency, which fell vacant after Jayalalithaa’s demise in late 2016. Contesting as an independent, TTV was able to defeat the candidates of both Dravidian majors, the DMK and AIADMK by a huge margin.

He proved to be a major challenge for the AIADMK when 18 of the party’s MLAs withdrew support to chief minister Edappadi K Palaniswami in September 2017. However, the Assembly Speaker disqualified these dissident MLAs under the anti-defection law.

A long court battle ensued regarding the validity of the disqualification until it was finally upheld in October 2018. This was seen as a setback to the TTV Dhinakaran because if the MLAs had been reinstated to the house, they would have proved detrimental to the strength of the EPS-OPS led-AIADMK.

Speaking to WION after the disqualification, Dhinakaran said that it was not a setback but just an experience.

TTV’s party gains significance in the upcoming polls as they would be contesting sans a major alliance, but in the constituencies of the 18 disqualified MLAs, they could pose a serious challenge for the bigger parties.

TTV also has a major support base in the Thevar community, which is a dominant caste, that is spread across South Tamil Nadu.

Given that TTV lays claim to the legacy of the AIADMK, the party could cut a chunk of the AIADMK votes, which could in-turn become beneficial to the DMK.

However, TTV also faces a major setback as his party does not have a common symbol and their representatives would have to contest of different symbols, as independents.

Tamil Nadu and Puducherry will go to the polls on April 18th, in the second- phase of what is a seven-phase election.