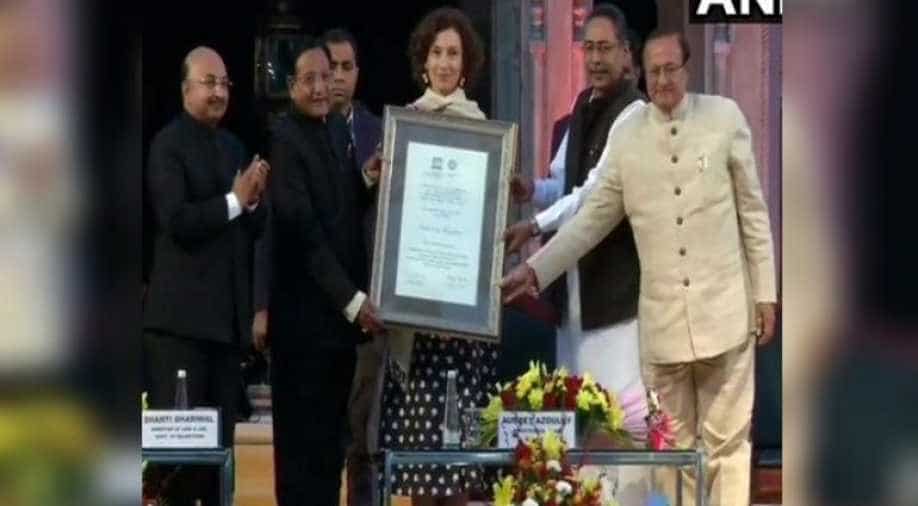 Speaking at the event, Azoulay said, "It is truly an honour and privilege to be here in Jaipur. I came here from our headquarters in Paris with a message to bring to the people of Jaipur the recognition of the international community for their outstanding efforts to preserve and to capitalize on cultural heritage."

"UNESCO is very proud to have since last summer the walled city of Jaipur inscribed on our world heritage list. Of course, Jaipur is an iconic city because of its architecture, forts and palaces. It is in everybody's imagination," she added.