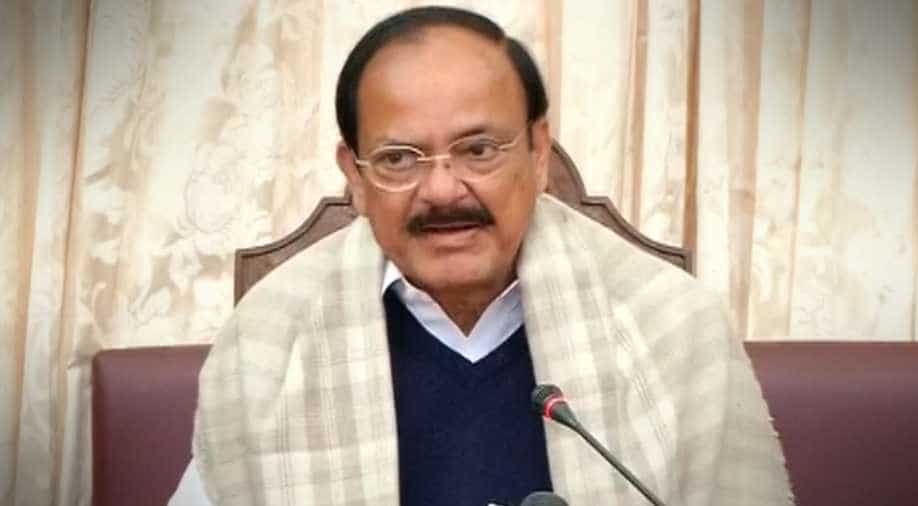 Such low-flying drones could not be detected by the militay radars and therefore there was a need for new methods, Indian Vice President M Venkaiah Naidu said in his address after visiting the site of the first 3D Printed House in India at IIT Madras here.

Expressing concern over the use of drones to target the Jammu Air Force Station, Vice President M Venkaiah Naidu on Wednesday urged the research community in the country to develop "much more intelligent methods" to combat such issues.

He also asked the Indian Institutes of Technology (IITs) to focus on the areas of "eliminating terrorism."

Such low-flying drones could not be detected by the militay radars and therefore there was a need for new methods, he said in his address after visiting the site of the first 3D Printed House in India at IIT Madras here.

The case was handed over to the National Investigation Agency (NIA) on Tuesday.

Terrorism was the enemy of mankind, the entire humanity and terrorists "are making us restive and they are affecting the growth of the country," Naidu said.

"The armed forces, of course, they have wide area of air defence systems with advanced radars and missiles to detect and thwart aerial intrusions by large drones, UAVS (unmanned aerial vehicles), aircrafts and helicopters."

"But the small drones flying at low heights, with low radar cross-section cannot be detected by such military radars. This is what happened now in (Jammu and) Kashmir. So we have to focus on that," he said.

The enemy wants to "cripple our nation, subvert our system."

"So the research community must come forward and we must really come out with much more intelligent methods to combat these enemy's efforts," Naidu said.

Naidu commended the efforts of the team behind the project of the country's first 3D Printed House- a joint collaboration of IIT Madras and Tvasta Manufacturing Solutions, a startup.

Observing that cutting edge technologies provide a glimpse into the future, the V-P stressed the importance of scaling them up so that they are accessible to the common man.

"Technologies should not be limited to being only proof of concept. It can greatly alleviate human suffering and make a common man's life comfortable. That is the ultimate purpose of any research", he added.