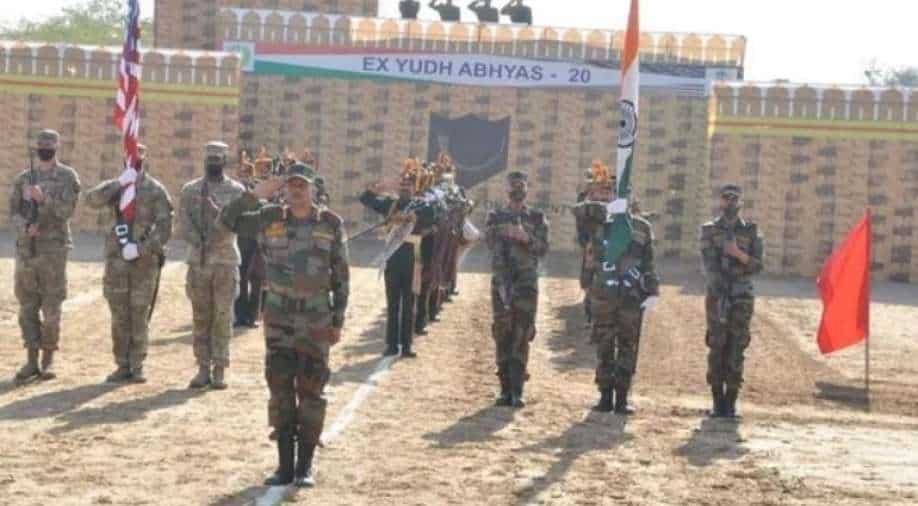 This was the 16th edition of the joint exercise. The aim of the exercise that began on February 8 was to focus on counter-terrorism operations under the mandate of UN

The closing ceremony of the joint military exercise between Indian and US Army, exercise `Yudh Abhyas-20` was held at the Mahajan Field Firing Range on Sunday.

This was the 16th edition of the joint exercise. The aim of the exercise that began on February 8 was to focus on counter-terrorism operations under the mandate of the United Nations.

The training focused primarily on subject matter exchange of topical issues of contemporary significance, drills at tactical level and sharing of best practices of each other. The joint training developed into an excellent professional forum which strengthened the capabilities of joint operations by both armies, said Lt Col Amitabh Sharma, PRO Defence, Rajasthan.

The exercise was conducted in two phases. The first phase of combat conditioning, tactical training and interoperability was completed successfully by both contingents. The training received by both the armies in the first phase was validated in the second phase. Both the contingents jointly took part in the validation exercise which included planning and execution of various counter terrorist operations over 52 hours. The highlight of the exercise was the bonhomie and camaraderie displayed by the troops, thereby ensuring integration and achievement of interoperability at all levels.

The closing ceremony was held at the Mahajan Field Firing Ranges to commemorate the successful completion of the Exercise and nourishing of relations between the two Armies.

A series of programmes displaying the rich culture and heritage of both the nations were also witnessed by officials of both armies.

"The joint exercise was undoubtedly an unprecedented success. Another significant milestone in the enhanced upward trajectory of India-US relations as well as towards global war on terror was achieved," said Lt Col Sharma.