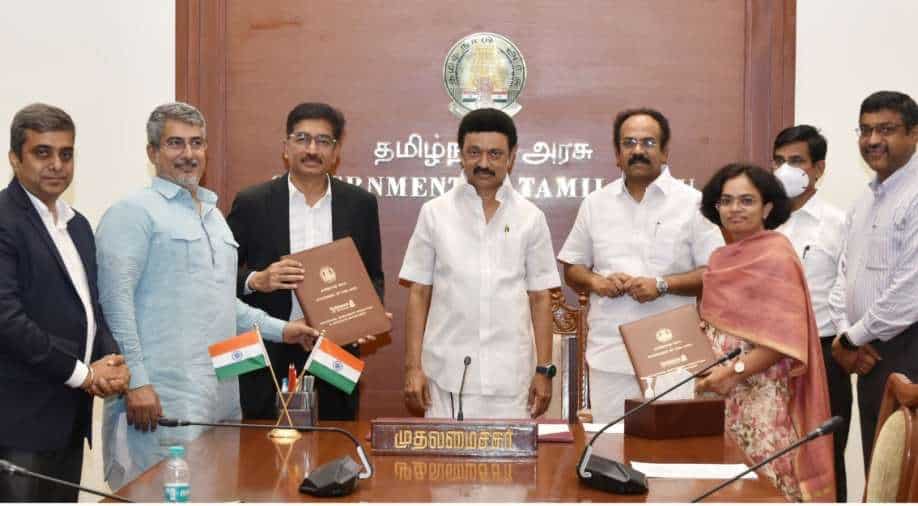 Singapore-based IGSS ventures signed a Memorandum of Understanding (MoU) with the Tamil Nadu Government led by Chief Minister MK Stalin, for setting up a semiconductor park in the Southern Indian state. As per the MoU, the Singaporean firm will invest Rs.25,600crores, over the next five years to establish a high-tech semiconductor park. This project is estimated to provide direct employment to 1,500 persons and indirect employment to 25,000 persons involved in circuit design, vendors selling secondary products, testing semiconductors etc.

According to a statement from the Tamil Nadu Government, IGSS Ventures will launch its semiconductor fab named ‘Project Suria’. The firm has also applied for the Central Government's Rs 76,000-crore production-linked incentive (PLI) scheme for semiconductor manufacturing in India. This project is expected to come up at a facility that spans 300acres and the location for the same is being worked out, said State Industries Minister Thangam Thennarasu.

The Minister added that over the last year, the State government has signed MoUs to the tune of Rs 94,975 crore with 132 companies to generate 2.26 lakh jobs.

While this prospective facility will be the first of its kind in the Southern Indian state, it also gains significance given the ongoing global shortage of electronic chips, which has caused delays and a significant impact on the production of electronics, automobiles and several products across categories.

The company website describes them thus, "IGSS Ventures is a technology investment holding company focused on addressing today’s most challenging, high-impact problems. As a ‘one-stop’ semiconductor solutions hub, we enable the development and commercialising of disruptive hybrid semiconductor technologies that go beyond Moore’s Law".