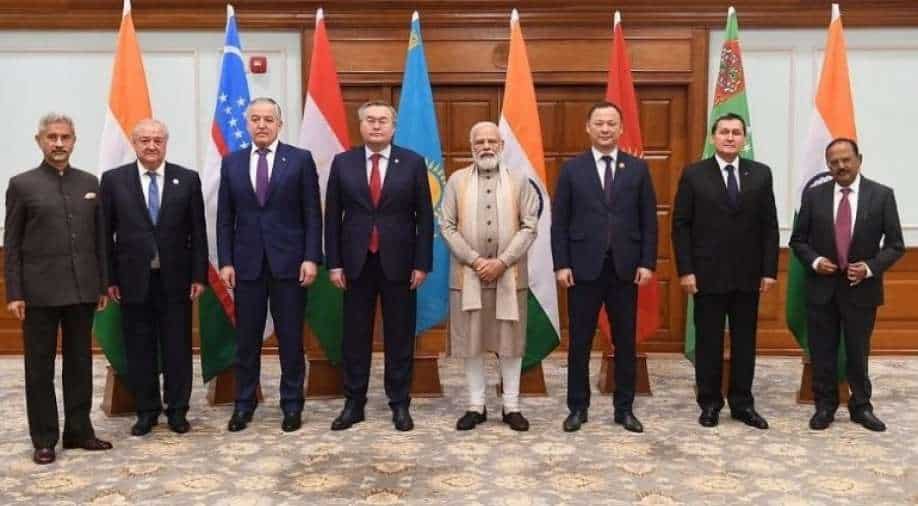 The meet, which will happen virtually, will be the first such summit between India and the five Central Asian countries

Summit level meet once in two years, establishment of a secretariat for practical coordination, more ministerial level engagement will be among the key outcomes of the upcoming India-Central Asia summit that will take place on January 27.

The meet, which will happen virtually, will be the first such summit between India and the five Central Asian countries--Kazakhstan, Kyrgyzstan, Tajikistan, Turkmenistan, and Uzbekistan as they set to increase engagement to a higher level. India and the Central Asian countries already have a foreign minister-level mechanism that has met two times on an annual basis so far, the last being in December 2021.

The "India-Central Asia Centre", which is expected to be established in Delhi will act as the secretariat for the India-Central Asia Summit coordination, which henceforth becomes a permanent fixture as ties are taken to a higher level. The suggestion for the establishment of such a secretariat was given by India and will provide an institutional framework for the development of relationships.

Another key outcome will be the establishment of ministerial-level platforms for engagement in 4 key areas--political issues and development cooperation, trade and connectivity, culture and tourism and, most importantly defense and security. At the non-governmental level increased interaction is being proposed between business chambers, think-tanks.

A special emphasis will be on enlarging engagement when it comes to Information technology sector. India has already assisted in the establishment of IT park in Uzbek capital Tashkent, the first phase being inaugurated in 2019. In Tajikistan, with a grant of $ 0.6 million, an Information and Technology Centre (Bedil Centre) was commissioned in 2006 by Indian support and the ​project trained almost all the first-generation IT experts in government sector of the country.

New Delhi has been pitching for an Iran-based India-built Chabahar port to increase connectivity and trade from landlocked central Asia to the wider Indian Ocean region. Uzbekistan, a doubly landlocked country, Kazakhstan have been enthusiastic supporters of the use of ports to increase connectivity. The continuous focus has been on the share civilizational connect, which also remains the much-celebrated aspect of the ties. As part of defense industrial cooperation, India has offered a Line of Credit of  40 million to Uzbekistan. Indian, Uzbek armies had undertaken 10 day-long joint military exercises at Ranikhet, Uttarakhand last year in which 45 soldiers from each side participated.

The announcement of the summit came last week and comes even as both sides, this year mark the 30th year of establishment of formal diplomatic ties. Ministry of external affairs in a statement said, "During the first India-Central Asia Summit, the Leaders are expected to discuss steps to take forward India-Central Asia relations to newer heights. They are also expected to exchange views on regional and international issues of interest, especially the evolving regional security situation."

Afghanistan naturally will be one of the main points of discussion, given 3 Central Asian countries-- Tajikistan, Turkmenistan, and Uzbekistan share direct land border with the country. The Taliban takeover of Kabul last year has complicated the situation, with many of these countries fearing a spillover into their territories. The National security advisors (NSAs) of the central Asian countries had last year visited Delhi for a meeting on Afghanistan in which Russian, Iranian NSA level counterparts had also participated.

The summit comes as New Delhi has been expanding depth of its commitments with all central Asian capitals. Prime Minister Narendra Modi had visited all the central Asian countries in 2015, which was the first of its kind tour by any Indian Prime minister. EAM Jaishankar had last year visited two Central Asian countries - Uzbekistan and Tajikistan. India has in the past announced a $ 1 billion line of credit for priority development projects in fields such as connectivity, energy, IT, healthcare, education, agriculture, etc for the entire region also known as "the stans" since all the countries in the region end with suffix stan, which in Persian means "land of".