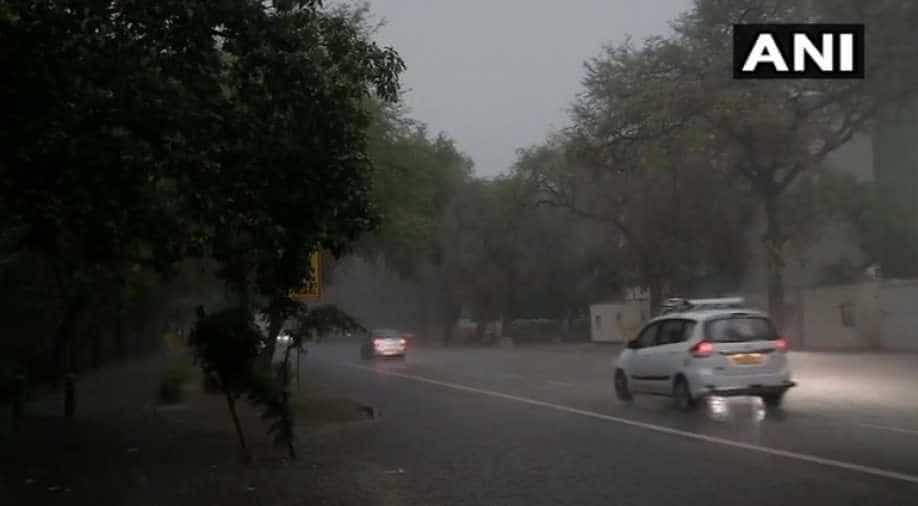 Hailstorm was witnessed in several parts of Noida

The India Meteorological Department (IMD) on Sunday predicted a thunderstorm with light to moderate intensity intermittent rain and gusty winds over parts of Delhi, Uttar Pradesh and Haryana during the next two hours.

Hail storm/ precipitation is likely over and nearby Noida during next 1 hour, the IMD said in another tweet.

The meteorological department also predicted no heatwave conditions are likely over any part of the country during the next 4-5 days. Earlier on Thursday, Delhi witnessed light spells of rain along with thunderstorm bringing some respite to the people from soaring temperatures.