Tejashwi Yadav: Has MLA's son who killed 9 in car crash been arrested? 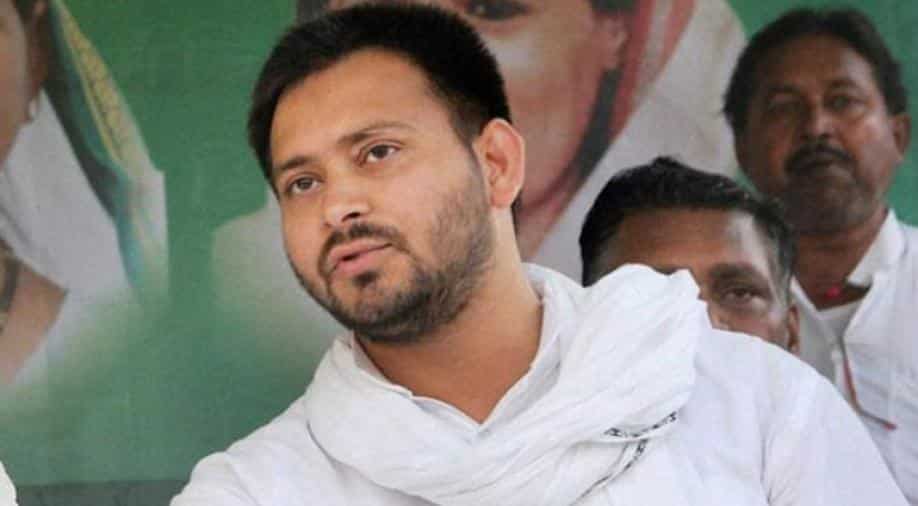 The former Deputy chief minister of Bihar, Tejashwi Yadav hit out at the Nitish Kumar government on the hit and run case in Muzaffarpur, Bihar.

Referring to the killing of nine school children in a car accident reportedly by MLAs son, Tejashwi Kumar said that the government was trying to brush this under the carpet.

He said that Nitish Kumar and Sushil Modi neither addressed the case nor sought an apology.

Neither Nitish Kumar nor Sushil Modi have spoken on this or sought apology yet. Govt is trying to brush this under the carpet. Kahan gayi Nitish Ji ki antaraatma?: Tejashwi Yadav on #Muzaffarpur hit and run case pic.twitter.com/J2BVUkHcOI

He further questioned "Why hasn't Manoj Baitha been arrested yet? News was spread that he surrendered before police. But we do not know that for sure. Only administration can say if he surrendered, was arrested or fled to Nepal".

At least nine schoolchildren were killed and 20 others injured in Bihar's Muzaffarpur district on Saturday after a speeding vehicle crashed into them outside their school.

The incident occurred in Minapur police station area, about 10 km from the district headquarters when the school got over and the children were returning home.

The govt should be ashamed, there is no complete ban on liquor, it is available easily. Until Manoj Baitha is arrested we will not let the house (Bihar Assembly) run: RJD's Rabri Devi on Muzaffarpur hit & run case. #Bihar pic.twitter.com/Z4iw0SLReU