Sridevi had achieved the highest position in Bollywood because of her dedication to work: Hema Malini 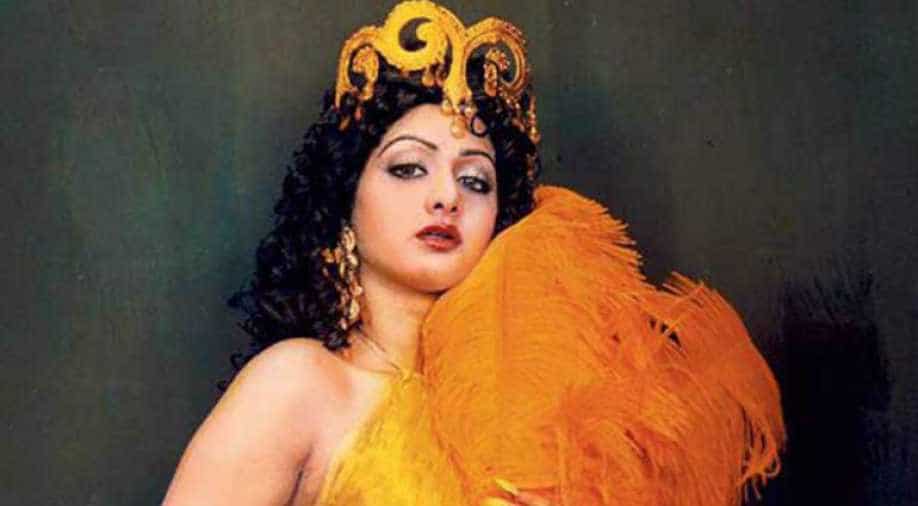 Sridevi in the song 'Hawa Hawai' from the film Mr India. Photograph:( Others )

Actor-turned-politician Hema Malini on Sunday condoled the death of Sridevi, saying she had achieved the highest position in Bollywood because of her dedication to her work.

"I value her for her sanskars as in spite of achieving the highest position of 'superstar' in Bollywood, she never compromised with the south Indian sanskars inculcated in her," Hema Malini said.

She said she can't believe Sridevi was no more. The actress even tweeted that how she was shocked to hear the news of Sridevi's demise.

Sridevi’s sudden passing away has left me in deep shock. Can’t imagine how such a bubbly person, a wonderful actor, is no more.She has left a void in the industry that cannot be filled. Boney is a good friend & I’ve seen their daughters grow up. My prayers are with the family????

Hema Malini said Sridevi was healthy and energetic when she had met her recently.

Sridevi achieved the highest position in Bollywood because of her work and dedication, she said.

Sridevi, who charmed the audience with her stellar performances in films such as Mr India, Chaalbaaz and Lamhe passed away in Dubai on Saturday night. She was 54.