After stripping in front of MAA office, Sri Reddy now faces a ban from the association 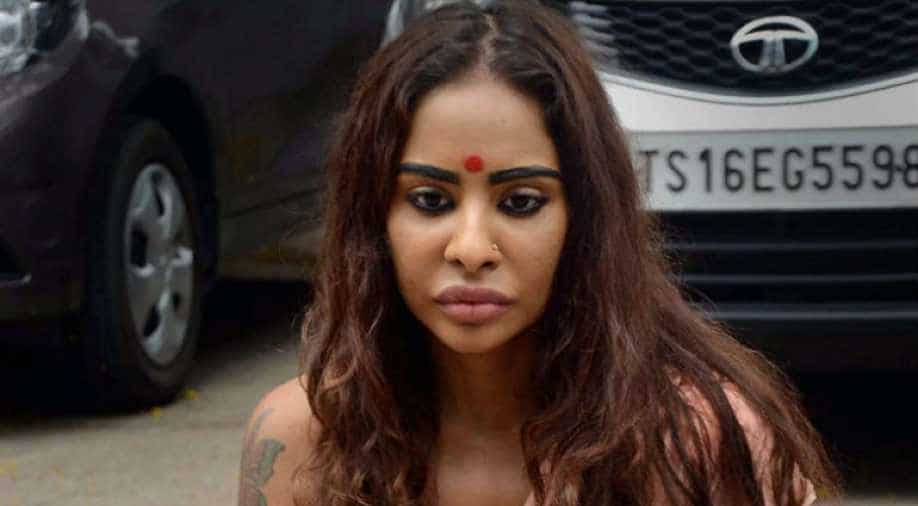 She went semi-nude in order to protest against sexual harassment in Telugu film industry and now actress and #MeToo campaigner Sri Reddy is facing a ban from Movie Artists Association (MAA).

The officials of MAA, on Sunday, met for an emergency meeting and rejected Sri's application seeking membership in the association. The body also issued a warning to all its 900 members against working with her in future.

To get roles in films, it is mandatory to be a member of MAA. The association believes Sri’s recent move outside its office on Saturday is sheer blackmailing.

The actress has been vocal about the alleged exploitation of women in the film industry. As the controversy took steam post her stripping act, Sri Reddy then went on to claim that the one of the top producer's son used to force her to have sex with him in the studio. At that time, she didn’t reveal the name of the producer but then went on to establish that she was talking about Suresh Babu's son Abhiram Daggubati. Post her claims, she shared private pictures of her with Abhiram.

Meanwhile, Sri has found a supporter in Ram Gopal Varma who tweeted, "Sri Reddy has become a national celebrity. People in Mumbai who don’t even know Pawan Kalyan are talking about Sri Reddy”.