Eating this high-energy breakfast can help you shed kilos 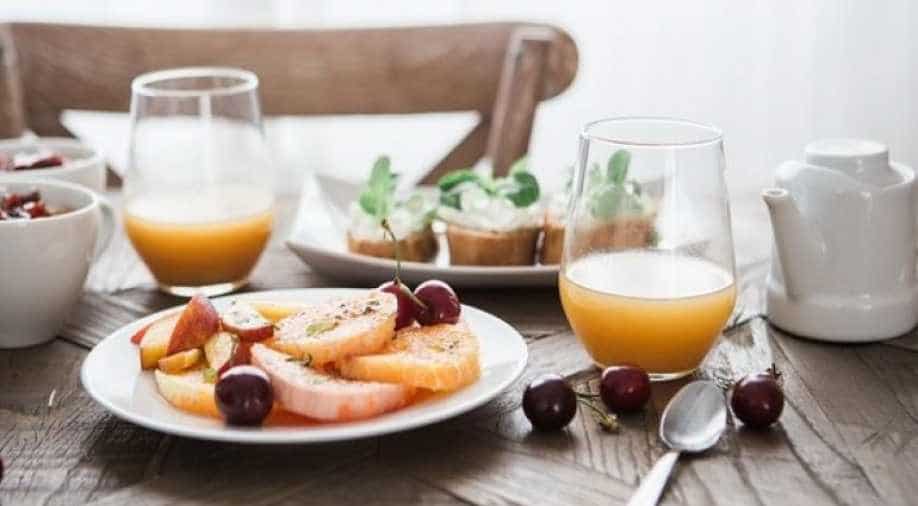 In patients with obesity and type 2 diabetes, a meal schedule that includes a high-energy breakfast promotes weight loss, improves diabetes and decreases the need for insulin, according to a recent study.

"This study shows that, in obese insulin-treated type 2 diabetes patients, a diet with three meals per day, consisting of a big breakfast, average lunch and small dinner, had many rapid and positive effects compared to the traditional diet with six small meals evenly distributed throughout the day: better weight loss, less hunger and better diabetes control while using less insulin," said lead author Daniela Jakubowicz of the Tel Aviv University.

Jakubowicz and her colleagues studied 11 women and 18 men who had obesity and type 2 diabetes, being treated with insulin and averaged 69 years of age. The patients were randomly assigned to consume one of two different weight-loss diets, which contained an equal number of daily calories, for three months. One group (Bdiet) ate three meals: a large breakfast, a medium-sized lunch and a small dinner. The second group (6Mdiet) ate the traditional diet for diabetes and weight loss: six small meals evenly spaced throughout the day, including three snacks.

Overall glucose levels and glucose spikes were measured for 14 days at baseline, during the first two weeks on diet, and at the end of the study by continuous glucose monitoring (CGM). Glucose levels were tested every two weeks and insulin dosage was adjusted as needed.

Carbohydrate craving and hunger decreased significantly in Bdiet group but increased in the 6Mdiet group.

Importantly, the researchers found a significant reduction of overall glycemia after as little as 14 days on Bdiet, when the participant had almost the same weight as at baseline. This finding suggests that even before weight loss, the change in the meal timing itself has a quick beneficial effect on glucose balance that is further improved by the important weight loss found in the 3M diet.

"A diet with adequate meal timing and frequency has a pivotal role in glucose control and weight loss," Jakubowicz observed.

The study was presented at ENDO 2018, the 100th annual meeting of the Endocrine Society in Chicago, Ill.