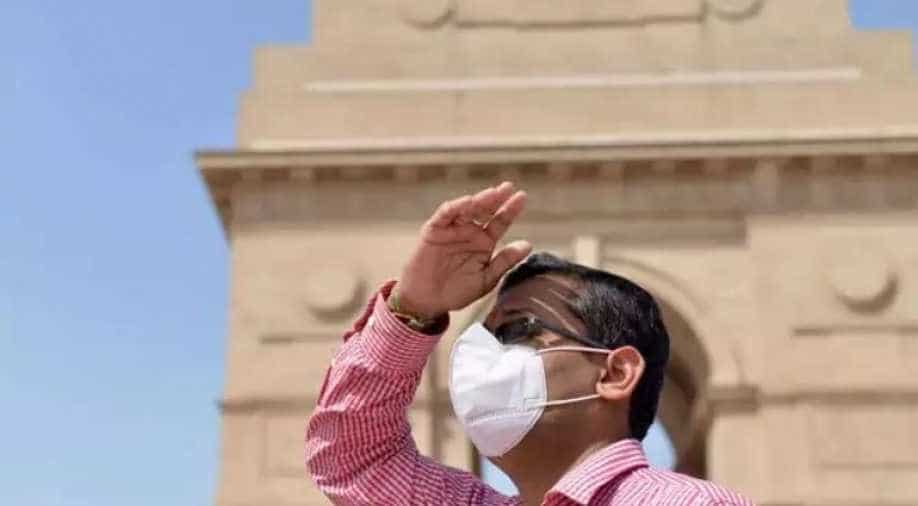 The number of containment zones have been raised to 6,173

Delhi Health Minister Satyendar Jain on Sunday said that the national capital is emerging victorious in the war against Covid-19 after it recorded 3.68 per cent positivity rate in the samples tested in the last 24 hours.

"Positivity rate in Delhi today has fallen down further to 3.68 per cent. Delhi is emerging victorious in this war against the virus," he said.

After a long haul, the positivity rate of Covid-19 cases in the national capital has dipped to 3.68 per cent after Delhi tested over 70,000 samples in the last 24 hours.

The capital city tested 73,536 samples, of which 2,706 turned out positive while 4,622 people recovered from the Covid-19 on in the last 24 hours, the data by Delhi government showed. Meanwhile, 69 deaths were recorded in the same duration.

The number of containment zones have been raised to 6,173.

After battling the third surge with lack of healthcare facilities, and huge number of daily new infections and fatalities in November, December has arrived as a relief for Delhi. The number of daily cases and the positivity rate has gone down drastically with the start of the month. While the daily new cases are now limited under 5,000, the positivity rate is also plunging below 5 per cent.

On Thursday, the positivity rate in Delhi recorded 4.9 per cent. On Friday, it recorded 4.8 per cent while it stood around 4.2 per cent on Saturday.

After a long period, the capital city has witnessed new cases in a day emerging below 3,000. This scenario was last seen in the first week of October, right before Delhi grappled under the second surge of the coronavirus.

However, in spite of the positivity rate and the number of cases going drastically down, the fatalities have still remained a matter of worry. In November alone, the capital city reported 2,663 deaths which was 29 per cent of the total fatalities Delhi saw since the pandemic started. Meanwhile, a 32.2 per cent rise in the tally of Coronavirus cases was reported in November only.