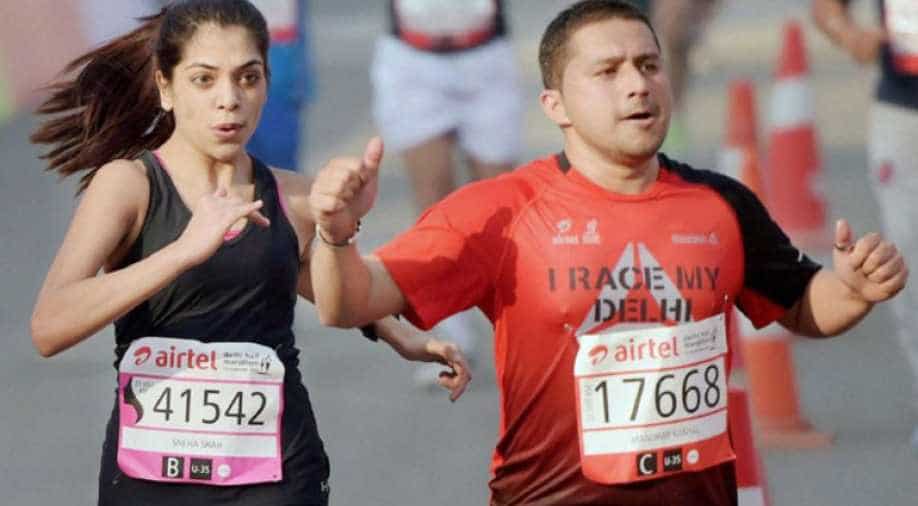 The Delhi High Court on Thursday allowed half-marathon in Delhi to go ahead on November 19 after the organisers told the court that they have put in place a refund policy for those who want to opt out.

The organisers also assured the court that they are taking measures in case of any medical emergencies, reports new agency ANI.

The Delhi High Court had earlier issued notice to the Delhi government, the Delhi Pollution Control Committee (DPCC), organisers of the half marathon event and the Delhi Police on a letter by the Indian Medical Association (IMA) requesting the court to postpone the event, scheduled for November 19, as the air quality in the national capital is “unsafe and poor”.

Noting the urgency of the present air pollution, a bench of Justice S Ravindra Bhat and Justice Sanjeev Sanchdeva sought the reply of authorities by November 6. Earlier, the IMA had written a letter to Acting Chief Justice Gita Mittal and Chief Minister Arvind Kejriwal seeking directions to postpone the event.

Procam International, who are conducting the race, had, however, said they are concerned about the current pollution level in the city, but believe the situation would stabilise before race day. In all, as per the organisers, 35,000 runners will be participating in the race.