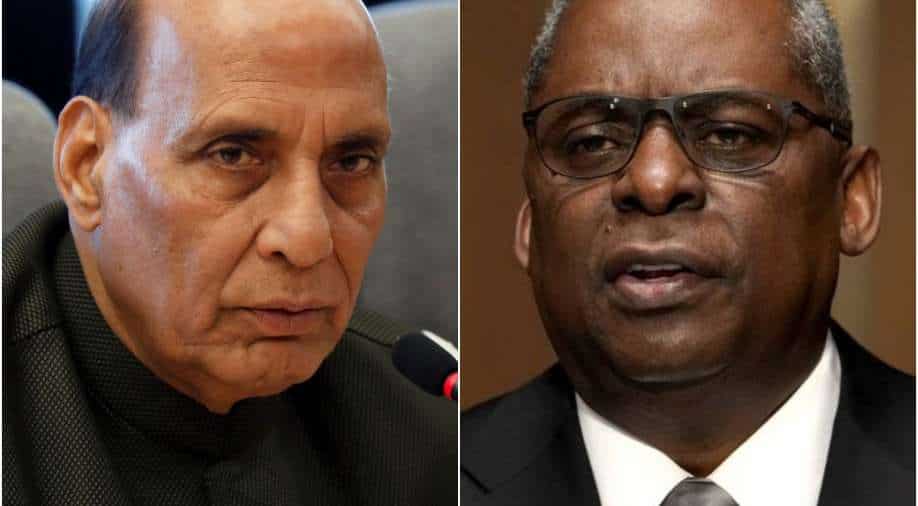 The call comes few days after the US Senate confirmed Austin as the first Black US defence secretary.

Newly-appointed United States Secretary of Defence Lloyd Austin and Indian Defence Minister Rajnath Singh spoke on Wednesday -- in what can be termed as the first official and public contact between New Delhi and the new Biden administration.

The talks that started around 7.30 pm IST on Wednesday lasted for around 20 minutes. During the call, which was made from the US side, there was a reaffirmation of the Indo-Pacific vision, backed by both Washington and New Delhi.

The Indian government read out said, "During the telephonic talk, they reaffirmed their commitment to work together to strengthen the multifaceted India - US defence cooperation and the strategic partnership. Raksha Mantri and Secretary Austin discussed bilateral, regional and global issues."

The fact that the US side reaffirmed its position on Indo-Pacific show no change of sentiment in Washington on the vision. It is given that China remained another focus area of the talks.

The call comes few days after the US Senate confirmed Austin as the first Black US defence secretary.

Austin has so far spoken to his counterparts from Canada, Australia, South Korea, Japan and UK, and Nato chief Jens Stoltenberg.