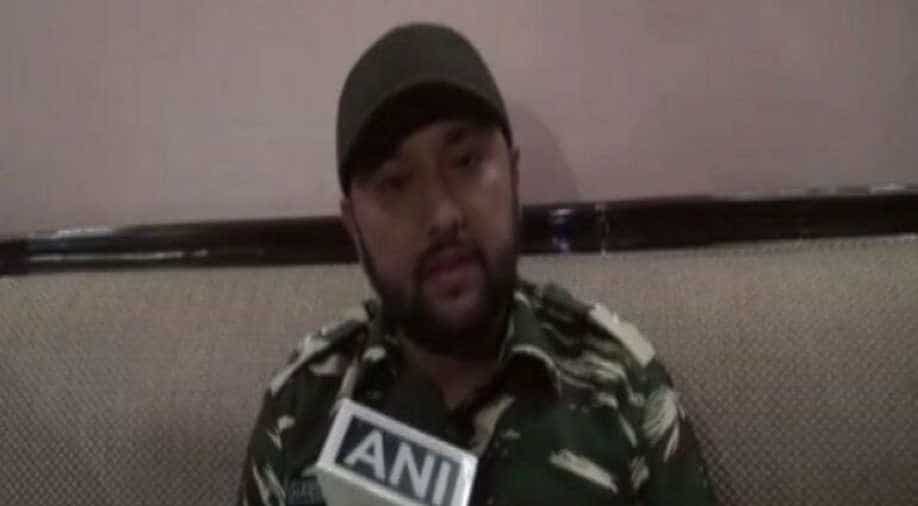 Singh, a Deputy Commandant in the CRPF has won five gallantry awards since 2004 when he joined the CRPF.

Singh, a Deputy Commandant in the CRPF has won five gallantry awards since 2004 when he joined the CRPF.

"On September 12, 2018, we received an input that three JeM had fired at a police post and forged into a nearby jungle. To hunt them down, our team, along with the local police, launched a cordon and search operation in the area," said Singh, reminiscing the incident, which took place near the Mata Vaishno Devi University in Jammu's Jhajjar-Kotli.

The team took a sigh of relief when an informer told them that the terrorists were hiding in a house, with only a door and grilled window.

"We were relieved as the house had only one exit. The next morning, as we were advancing towards the spot, we got fired upon. As we had no cover, we crawled through to the house, from where they were firing. Next, we decided that one of us would go forward and do targetted firing at the door of the house to detest them from coming out of it," said Singh.

As a commander, Singh advanced and took cover behind a tree. "As I started firing, one of the terrorists, standing behind the door, got hit," he added.

As Singh, along with the team was contemplating what to do next, a bullet hit his shoulder.

Unfazed by the bleeding, he decided to stay at the spot and fire at the door.

"Had I left the spot at that point, the terrorists would have caused collateral damage to the people of the village," said Singh, with a gleaming smile.

My left side got badly injured and I started bleeding profusely, he recalled.

"I came out of the cover of the tree and fired at the door again and killed the second terrorist. Later, another team took cover and killed the third terrorist. No villagers were hurt and the operation was completed," Singh said.

Harshpal Singh, who is the only CRPF Personnel to be awarded Kirti Chakra, thanked his team members for trusting in him during the counter-terrorist operation.

In 2008, he received his first award for neutralising five Naxals in the Hazaribagh area.

In 2014, he killed a Naxal with two lakh bounty on his head in Chhattisgarh`s Kunti area.

In 2015, he was awarded Police Medal (Gallantry) for killing the Naxal Zonal Commander in Kunti.

Later that year, he was accorded CM medal from in Jharkhand.