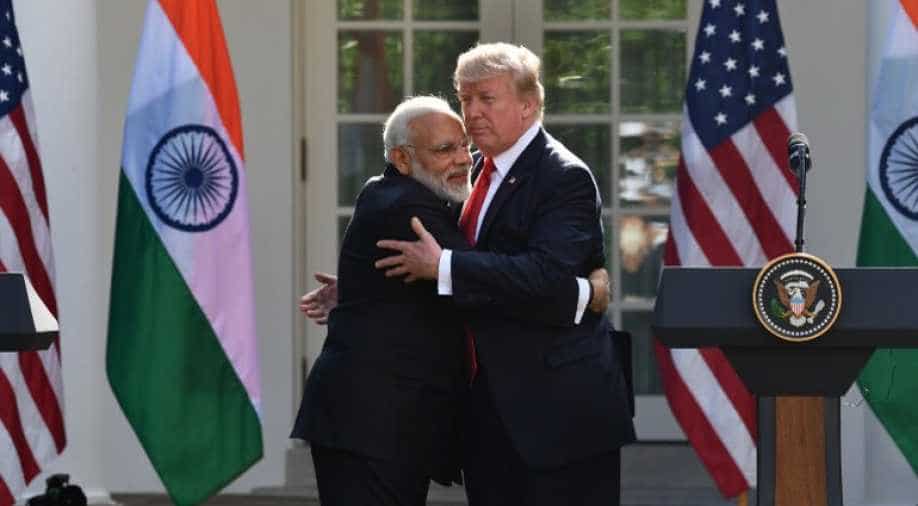 As the US Presidential elections are coming closer, Donald Trump, who is re-running for the post in November is reaching out to all communities, even the Indian-American community.

Aiming to gain confidence of the Indian-American community, which is nearly 2 million in the US, Trump's campaign released a video titled "4 more years" with a mix of speeches of Indian Prime Minister Narendra Modi from his visit to the US during the 'Howdy Modi' event and Trump's visit with his family to Ahmedabad, India in February 2020.

The video opens up with Modi introducing the US President by saying, "He needs no introduction. His name comes up in almost every conversation — the President of the United States of America, Mr. Donald Trump."

The video goes on to show clips of Modi and Trump attending the two gatherings together, along with Melania Trump.

The video was posted on Twitter by Kimberly Guilfoyle, national chair of Trump Victory Finance Committee, who write, "America enjoys a great relationship with India and our campaign enjoys great support from Indian Americans!"

In the video, Trump can be heard saying "America loves India, America respects India, and America will always be faithful and loyal friends to the Indian people."

He goes on to thank the Indian population for making contributions to the US.

Also read: Trump says could 'decouple' and not do business with China

The video, which was conceptualised by Al Mason, co-chair of the Trump Victory Indian American Finance Committee, has bee retweeted by Trump's son and campaign manager Donald Trump Jr. and has gained huge traction on social media.

The Indian-American community is one of the largest communities in the US. According to a survey conducted by Mason, majority Indian-Americans were switching from Republican party to voting for Democrats due to the friendship established between the Indian leader Modi and Trump. However, the survey was conducted before Trump's opponent Joe Biden announced Indian-origina Kamala Harris as his running mate.

Experts believe the new commercial by Trump's campaign is a trial to win back the confidence of the Indian community that is now leaning more towards Kamala Harris.

The commercial has been released days after Joe Biden and Kamala Harris addressed the Indian community in the US through a video on August 15. Now, it is being rumoured that the Democrat supporters are aiming to release Bollywood-themed video commercials to gain support of the Indian-American community.