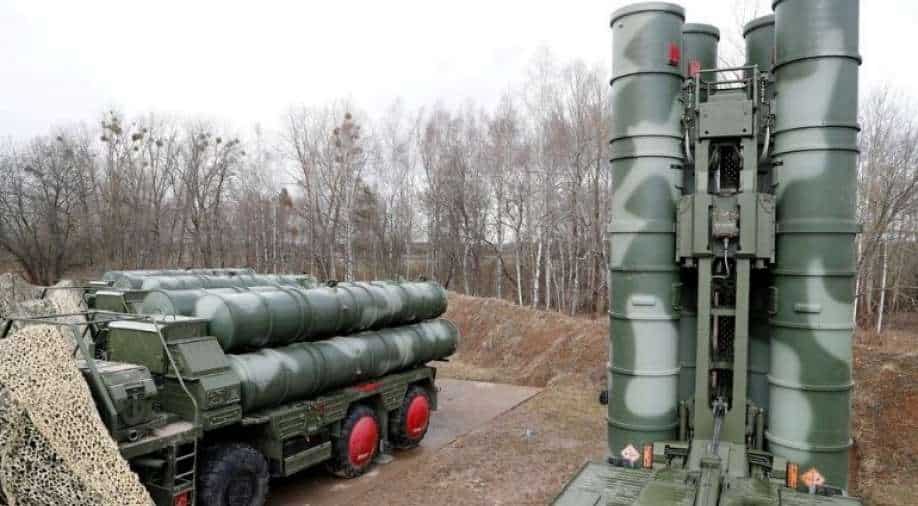 A view shows a new S400 "Triumph" surface-to-air missile system after its deployment at a military base outside the town of Gvardeysk near Kaliningrad, Russia (file photo). Photograph:( Reuters )

Ahead of President Vladimir Putin's visit to New Delhi, Russia has started the delivery of S400 air defence system to India. Putin is going to visit the country for the annual India-Russia summit on December 6. The one-day visit will see number of pacts being signed

Russia has started the delivery of S400 air defence system to India ahead of President Vladimir Putin's visit to New Delhi.

Putin is going to visit the country for the annual India-Russia summit on December 6. The one-day visit will see number of pacts being signed, especially between navies of the two countries.

"Russia has started supplying S-400 air defence system to India, the first division will be delivered by the end of 2021," said Federal Service for Military-Technical Cooperation (FSMTC) Director Dmitry Shugaev. FSMTC is managed by the president of the Russian Federation.

Putin last visited India in 2018 for the annual summit. Interestingly, it was during that visit, the contract for S400 system was signed between India and Russia. The visit by Russian president will be his second only foreign visit this year, the first one being to Geneva for summit level meeting with US President Joe Biden.

Earlier, Russia's top defence export body, Rosoboronexport, had expressed its readiness to give India technology for production of defence equipment. The company has worked together with Indian authorities for licensed production of multirole Su-30MKI fighter jets in India, the modernisation and transfer of the Vikramaditya aircraft carrier to the Indian Navy.

Rosoboronexport has also offered to train Indian specialists for the AK-203 Kalashnikov project in Amethi in the Indian state of Uttar Pradesh. Remember, India and Russia in 2019 signed an intergovernmental agreement for setting up Indo-Russian Rifles Private Limited, a joint venture to manufacture the AK-203 assault rifles. The project will see production of Russia's iconic assault rifles in India with 100% localisation.