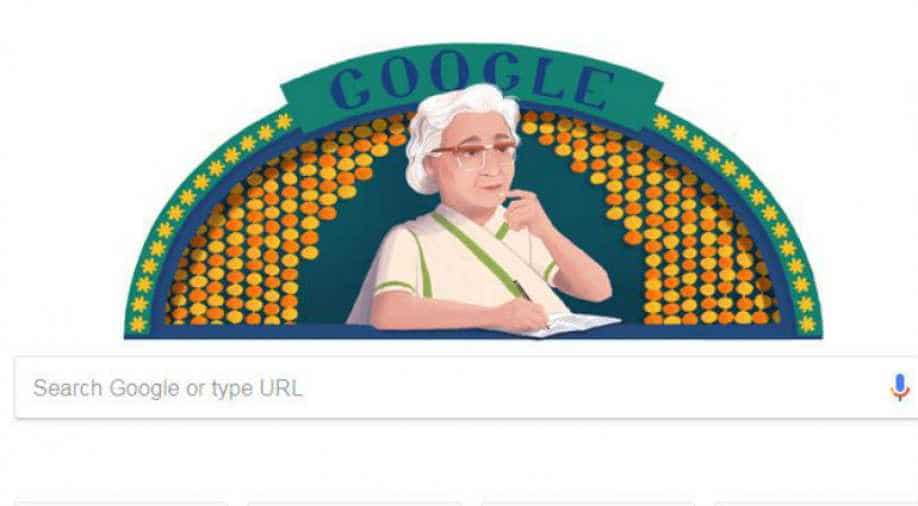 She was a rebel and lived her life unapologetically. Perhaps that made Urdu writer Ismat Chughtai stand out from the rest. On her 107th birth anniversary, the author was honoured with a Google doodle.

Born to a civil servant father Mirza Qaseem Baig Chughtai and homemaker mother Nusrat Khanam, Chughtai was ninth of ten children–six brothers, four sisters. Having spent her childhood in various cities like Jodhpur, Agra, and Aligarh, the writer grew up in the company of her brothers as her sisters had gotten married while she was still very young.

Chughtai in fact, in the later years, described how her second-eldest brother, Mirza Azim Beg Chughtai, a novelist, influenced her in taking up writing as a profession.

Chughtai's writing were considered revolutionary for that time as she wrote on themes like female sexuality and femininity, middle-class gentility, and class conflict, often from a Marxist perspective.

While many of her published works gained prominence and raised eyebrows even, it was her short story 'Lihaaf' (The Quilt) that grabbed eyeballs for its storyline. Inspired from a rumoured affair of a begum and her masseuse in Aligarh, the story chronicled the sexual awakening of Begum Jan following her unhappy marriage with a Nawab.

The story was published in 1942 in an issue of Adab-i-Latif, a Lahore-based literary journal and garnered severe criticism for the writer. The writer, along with fellow revolutionary writer Saadat Hasan Manto, was charged of 'obscenity' and the duo had to defend herself in the court. &nbspBoth appeared in a Lahore court and were eventually exonerated.

Chughtai in the later years wrote screenplays for Hindi films like Dev Anand's 'Ziddi' which was based on one of her short stories, and Dilip Kumar-starrer Arzoo. She also directed 'Faraib' and co-wrote and produced Nutan's 'Sone Ki Chidiya'.

She was married to filmmaker Shaheed Latif and the couple together worked on several films. The couple had two daughters.

Chughtai had a prolific career and continued to work until the 1980s when she was diagnosed with Alzheimer's. Chughtai passed away in October 1991.

In Nandita Das'upcoming film 'Manto', actress Rajshri Deshpande is all set to play the prolific writer on screen. Chughtai's 'Lihaaf' is also being adapted for the big screen and will release in 2019.