Ismat Chugtai's 'Lihaaf' to be adapted for the big screen, first look launched at Cannes 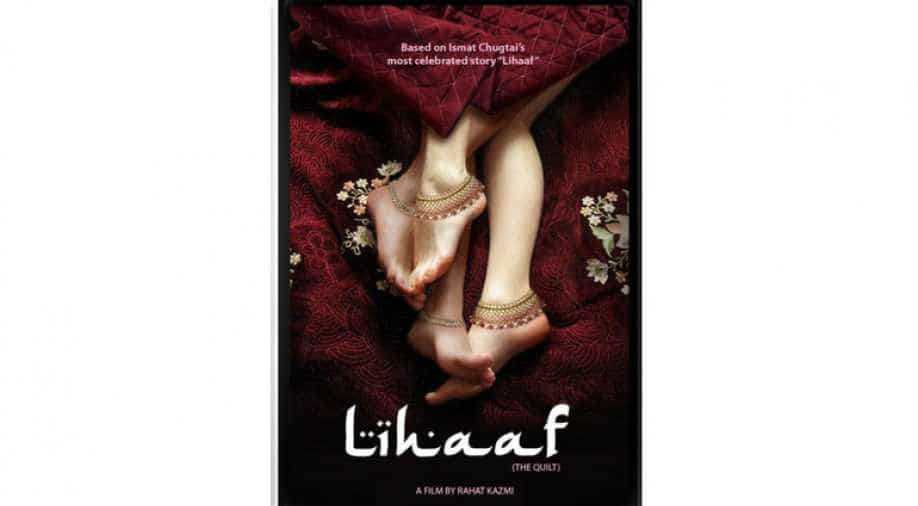 First poster of the film of 'Lihaaf'. Photograph:(Twitter)
Follow Us

Ismat Chugtai's controversial short story Lihaaf is being adapted for the big screen. The film's first poster was recently launched at the ongoing Cannes Film Festival. The film is being directed by Rahat Kazmi and produced by Oscar-winning producer Marc Baschet and others.

Written in 1942, Chugtai's Lihaaf was perhaps one of the most talked about short stories of that times. It narrated the story of a neglected Begum Jaan and how she turned to her masseuse Rabbo for comfort and support. The story is narrated by Begum Jaan's niece who is traumatised when she learns of the nature of her aunt’s relationship with Rabbo.

The story had veiled references to homosexuality which led to immense controversy and the writer had to defend her work in the court even.

In an interview to a daily, Baschet had said, "Ismat was ahead of her time, which is why I am not surprised that she was slapped with a legal notice for depicting obscenity in her story,” he said. “However, she refused to apologise and defended herself for three years in a Lahore court. Ultimately, she won."

The filming is likely to begin later this year.