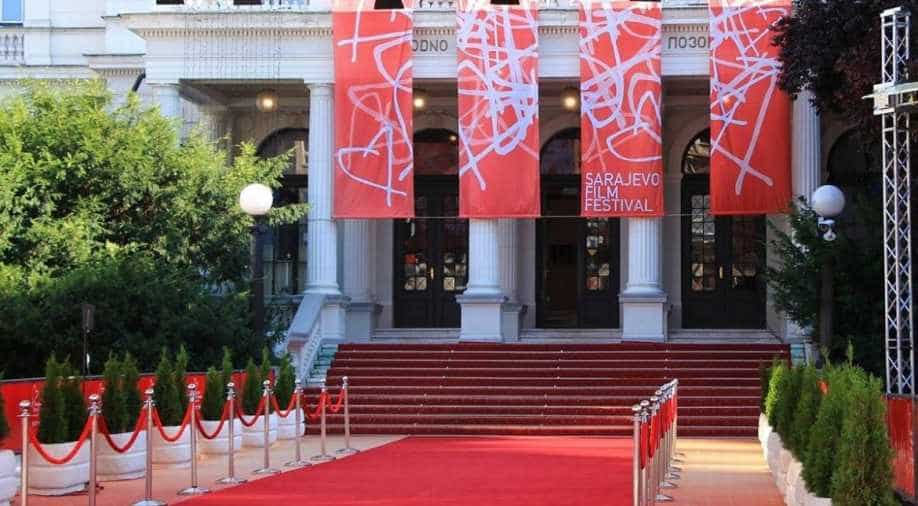 The film 'Focus, Grandma' by Bosnian film-maker Pjer Zalica will open the festival

he Sarajevo Film Festival will be launched entirely online on Friday after a spike in coronavirus cases forced organisers to cancel plans to stage Europe`s first in-person movie fair since the outbreak of the pandemic. Just ten days ago a huge projection screen was set up at a spacious open-air cinema and chairs placed according to physical distance rules. Organisers had said face masks and disinfectant at cinema entrances would be a must.

But a sudden rise in coronavirus cases in the Bosnian capital since early July following relaxation of a strict lockdown raised concerns about the safety of audiences, staff and guests. "Even though we were looking forward to the festival with the audience, we decided to kick off without it, taking no risk," said festival director Mirsad Purivatra.
"I think this was the only rational decision," Purivatra told Reuters.

The Sarajevo film festival was founded by a group of enthusiasts in 1995 as an act of defiance against a 43-month siege of the capital by Bosnian Serb forces. It has grown to become the largest film competition and industry platform in a region stretching from Vienna to Istanbul.

The number of coronavirus cases and deaths in Bosnia has more than doubled over the past month, to 15,535 and 469 respectively on Friday.But organisers were prepared for the worst and arranged an online platform - ondemand.sff.ba - to make more than 180 films available to film-lovers in Bosnia, other Balkan countries and elsewhere in Europe.

The film 'Focus, Grandma' by Bosnian film-maker Pjer Zalica will open the festival, at which 49 movies will compete in four different categories for the Heart of Sarajevo awards. Among guests who had confirmed and then had to cancel were Oscar-winning director Michel Hazanavicius, who is chairing the jury for the main competition, and Danish actor Mads Mikkelsen, recipient of this year`s Honorary Heart of Sarajevo award.