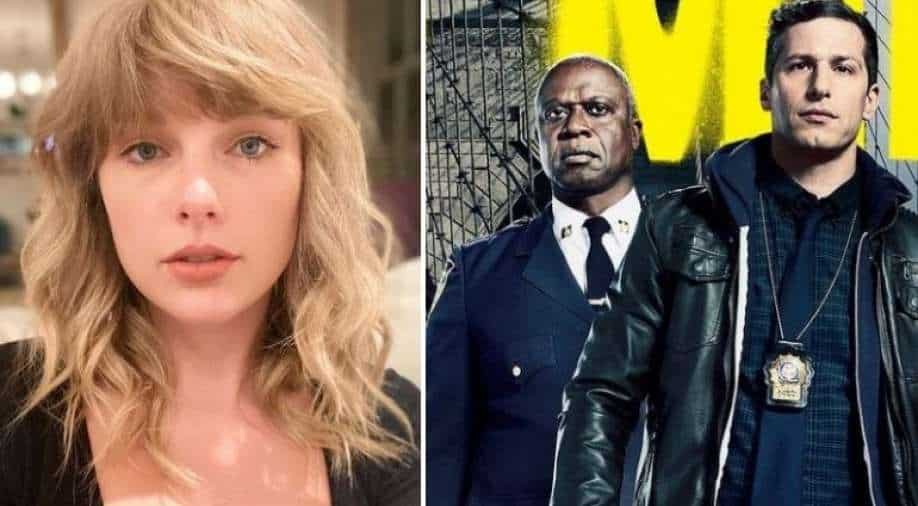 Here are the top five headlines that made rounds in the Hollywood corridors today.

From Taylor Swift releasing her version from her 2008 revised album 'Folklore' to NBC announcing the wight and final season of Brooklyn Nine-Nine, here are top five news that made rounds in the Hollywood corridors today.

Taylor Swift has officially announced that her version of the 2008 album 'Folklore' is ready and the first song 'Love Story' is out for all the fans to listen to. Read more.

'Brooklyn Nine-Nine' to end with eighth and final season

'Brooklyn Nine-Nine' fans had a heartbreaking Thursday as the makers announced that the eighth season of the much-loved cop-comedy show will be its last season. Read more.

'To All The Boys: Always and Forever' review: The end of the franchise is about faith, trust and lot of mush

Tucked away from the realities of 2020, 'To All The Boys: Always and Forever' is a perfect high school rom-com send-off for the fans. Read more.

LaBeouf`s attorney said in a court filing that the 'Honey Boy' actor "denies generally and specifically each and every allegation" in the complaint. Read more.

After a lot of tussle over Britney Spears’ custody, her father, Jamie Spears continues to serve as co-conservator with Bessemer Trust Company, a wealth management and investment advisory firm based out of California.  Read more.