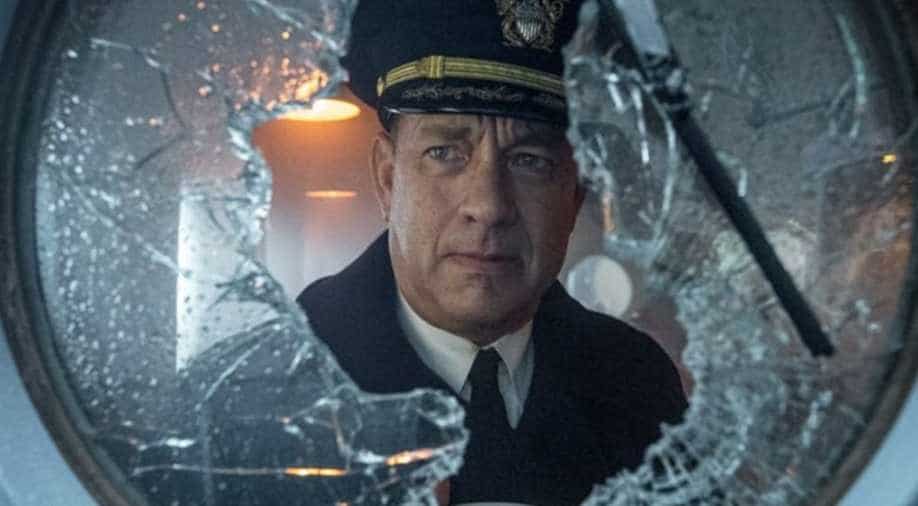 'Greyhound' is set to make its global debut on July 10 and will premiere on Apple TV Plus.

Veteran actor Tom Hanks much-anticipated movie 'Greyhound' is set to make its global debut on July 10 and will premiere on Apple TV Plus, reported a news agency.

The war drama was previously set for a Father's Day theatrical release; however, the new announcement was made on Thursday a month after Apple TV Plus bought worldwide rights from Sony Pictures for the film.

Inspired by real-life events, the film is directed by Aaron Schneider from a screenplay by Hanks. In April, the makers of the flick released a two-minutes and 44-sec long trailer of the film.

Also read: Tom Hanks reaches out to the boy who was called 'coronavirus' and bullied in school

In the trailer, the 63-year-old actor is seen as a first-time captain who leads a convoy of allied ships carrying thousands of soldiers across to the front line. Meanwhile, the 'Forrest Gump' actor and wife Rita Wilson became one of the first celebrated Hollywood personalities to be diagnosed with COVID-19.

Also read: In a one-of-a-kind commencement speech, Tom Hanks tells graduates, 'You are chosen ones'

They have since then been spreading awareness about the virus and sharing their journey of recovery. After recovery, Hanks also donated his blood plasma for research work.