Taapsee Pannu has a problem with people calling 'Badla', an Amitabh Bachchan film 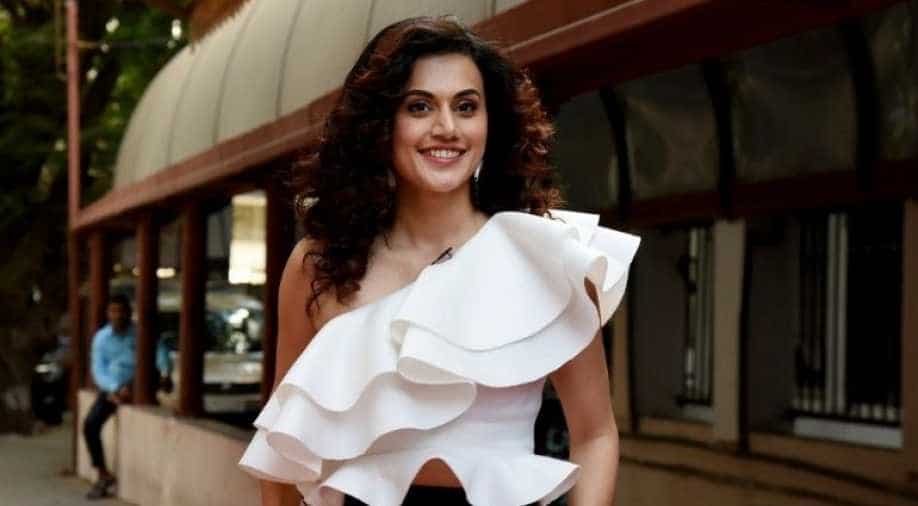 Taapsee Pannu added, "When I raise my voice and say I've done almost equal if not more, that's when people recognised and started taking my name because it's such a male-dominated industry."

Taapsee Pannu ruffled some feathers with her recent interview to Neha Dhupia on her hit radio show called No Filter Neha when she opened up about her films, equation with Kangana Ranaut and sister Rangoli among other things. While we did tell you what she thought of the above two, we have more news on her stand on viewers’ treatment of films dominated by a female actor.

Speaking about her role in ‘Badla’, she said that even though she has more screentime in the film, it is still called an Amitabh Bachchan’s film. She said, "Even when I do films like Badla, I had more working days or scenes so to say than Mr Bachchan. He was the hero of the film, I was the antagonist. But the antagonist has more presence in the film than the protagonist. But eventually the film releases, they call it an Amitabh Bachchan film.”

Taapsee Pannu added, "Yes, when I raise my voice and say I've done almost equal if not more, that's when people recognised and started taking my name because it's such a male-dominated industry, they don't even realise that I might have done more work actually. It was called Sir's film, it won't be called a female film regardless of the fact that I have more scenes, it will be called an Amitabh Bachchan film and the credit will go there."

For those who are unaware, ‘Badla’ is a remake of Spanish film ‘Contratiempo’. It was bankrolled by Shah Rukh Khan’s home production banner Red Chillies Entertainment. The film not only earned praises from the critics but also stood tall at the box office as it made more than Rs 100 crores. The film also had Amrita Singh in a vital role.

Taapsee Pannu will next be seen in Anubhav Sinha’s ‘Thappad’. She will also star in ‘Rashmi Rocket’, see the first look posters here.