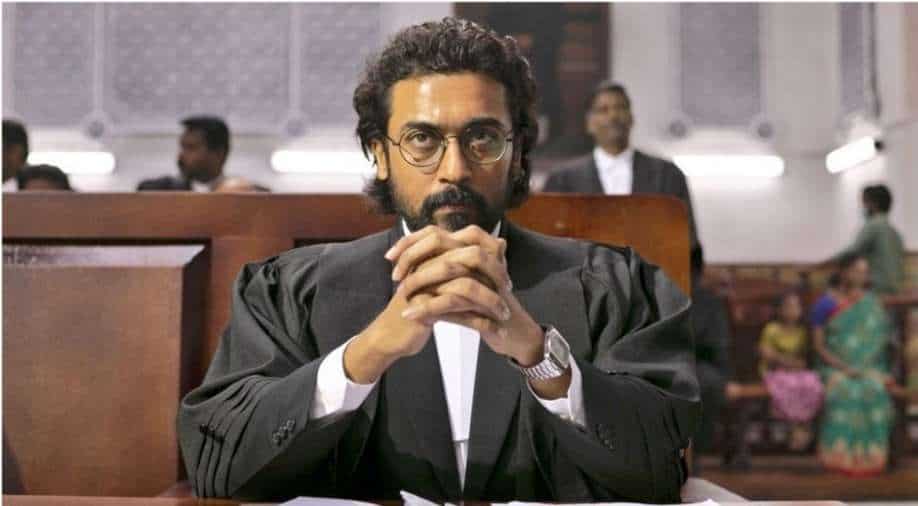 Directed by TJ Gnanavel, 'Jai Bhim' is a hard-hitting courtroom drama about the fight for the oppressed and caste-based discrimination.

Tamil actor Suriya's 'Jai Bhim' was one of the most critically acclaimed films of 2021. Months after its release, the film is still making headlines for one reason or another.

A scene from 'Jai Bhim' along with the director's story narrative has been featured on the official YouTube channel of the Oscars.

Directed by TJ Gnanavel, 'Jai Bhim' is a hard-hitting courtroom drama about the fight for the oppressed and caste-based discrimination.

The film features Suriya in the role of real-life lawyer Chandru, who dedicated his life fighting for the oppressed without charging a single penny.

In the Oscars video, Gnanavel can be seen discussing how the story narrative was formed and executed.
After seeing a glimpse of Suriya`s movie in the Oscars' video, fans took to social media to express their happiness.

'Jai Bhim' is inspired by real-life events that happened in the 1990s. Suriya plays advocate Chandru who leads a protest in the court. He is handling a case, which is dismissed as pointless by big-shot lawyers in the High Court. But, not for Chandru, who is determined to get justice for a tribal woman, who has been wronged by the legal system. The system here has been rigged to exploit the poor and benefit the rich and the powerful.

The 'Soorarai Pottru' star Suriya plays the real-life lawyer Justice Chandru in 'Jai Bhim' who took on the case to defend the rights of an oppressed woman, played by Lijomol Jose in the film.

'Jai Bhim' also entered the Golden Globes 2022 as a nomination under the category of Best Non-English Language Film.

This is the first time that a Tamil film has been featured on the Youtube channel of Oscars. In November 2021, it beat Hollywood classic 'The Shawshank Redemption' to become a top-rated film on IMDb.