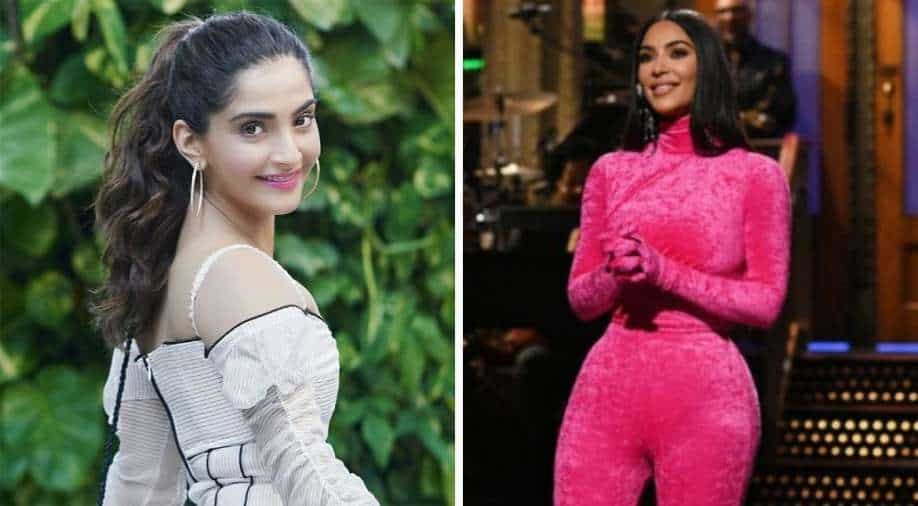 Kim Kardashian is drawing widespread praise, including from Bollywood for her debut performance as host for the 'Saturday Night Live' TV show.

American TV reality star Kim Kardashian is drawing widespread praise, including from Bollywood for her debut performance as host for the 'Saturday Night Live' TV show.

Praising Kardashian`s performance, actor Sonam Kapoor took to her Instagram stories and shared a short reel video of the beauty mogul`s monologue with a note that read, "She killed it... Eternally watchable @kimkardashian."

According to Fox News, the 40-year-old reality star took the stage in a hot pink jumpsuit with matching hot pink heels and not a single member of her family was safe from her jokes.

Kim started off her monologue by joking she was surprised to see herself onstage at 'SNL'.

The `Keeping Up With The Kardashians` star said she wanted to prove she was more than just a "pretty face."

She quipped, "I'm so much more than that reference photo that my sisters showed their plastic surgeons."

She also took aim at Caitlyn Jenner and Kanye West by pretending to announce she was running for president. "We can't have three failed politicians in one family," Kardashian joked.

Kardashian doubled down on the roasting of Kanye by saying she was divorcing him because of his personality.
Post her monologue, she appeared in a sexually suggestive 'Aladdin' skit alongside 'SNL' cast member Pete Davidson.

She also appeared in a skit in the style of 'The Bachelor', a music video style song, and a lottery skit.