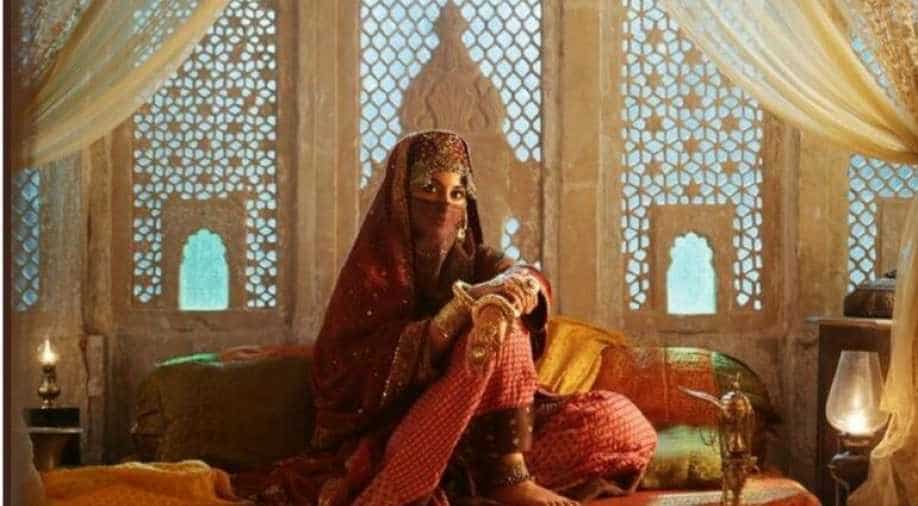 The makers released the trailer of the film which gave the audience a sneak-peek into Saif's character as a Naga Sadhu, thirsting for revenge.

Makers of the film 'Laal Kaptaan' recently shared the first look of Sonakshi Sinha who will be seen making a special appearance in the forthcoming film starring Saif Ali Khan.

In the picture, the 'Mission Mangal' star can be seen sitting gracefully on a divan with her face covered in a veil.

Her entire ensemble is a bright red and she is wearing heavy golden bangles and rings. Completing the look with a beautiful headpiece traditionally worn by Afghani women, the actor is sure to steal hearts.

Film critic and trade analyst Taran Adarsh shared the first look on his Twitter handle. Apart from the special appearance, the actor has also given her voice in the trailer to describe the intriguing character played by Saif.

"A man who sticks to his prey and doesn't leave him until it is dead," she can be heard saying in the trailer. Some time back, the makers released the trailer of the film which gave the audience a sneak-peek into Saif's character as a Naga Sadhu, thirsting for revenge.

The trailer shows a voice-over from Saif, who he can be seen covered in ashes and can be heard talking about the game of life and death.

The film is directed by Navdeep Singh and produced by Eros International and Aanand L Rai.

The flick is slated to hit the theatres on October 18. With a dramatic background score and Saif's merciless assassin avatar, the trailer looks promising.

The music is intense, perfectly matching the flavour of the scenes that unfold. In one scene, Saif is seen swinging a metal chain to hit his enemies and piercing a sword through them in another. Watch movie trailer here

Apart from this movie, Saif will be seen next in 'Taanaji: The Unsung Hero', which co-stars Ajay Devgn, 'Dil Bechara', alongside Sushant Singh Rajput and 'Jawaani Jaaneman', which will mark Pooja Bedi's daughter Alaia Furniturewalla's Bollywood debut.