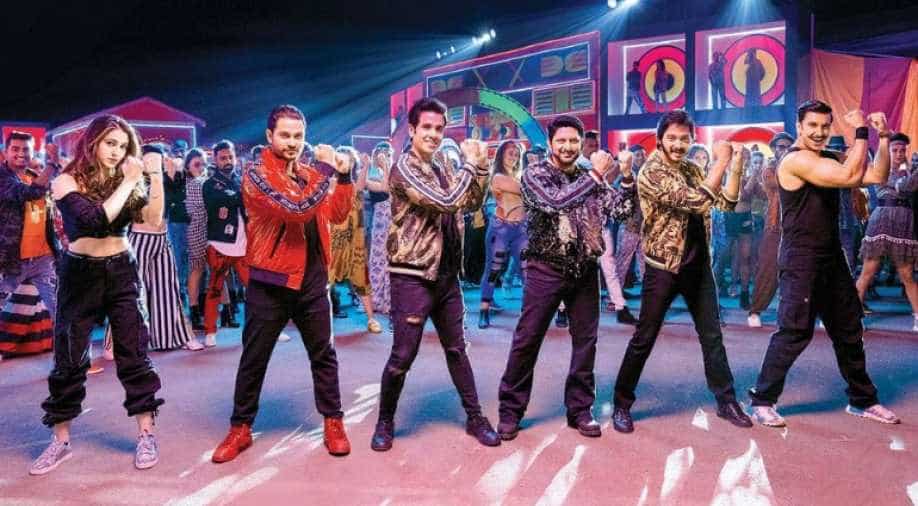 Presenting the new party anthem of the season!

Remixes are the norm in Bollywood these days and the latest song to have been recreated is 90s popular song 'Aankh Marey'. The song has been recreated by Tanishk Bagchi for Rohit Shetty's 'Simmba' and from the looks of it, it is on its way to becoming the party anthem of the season.

Featuring the film's leading pair, Ranveer Singh and Sara Ali Khan, the song has been sung by Mika, Neha Kakkar and Kumar Sanu. Interestingly Arshad Warsi, who featured in the original song, also features in the song along with his 'Golmaal' co-stars Kunal Kemmu, Shreyas Talpade and Tushar Kapoor.

The four actors also give a sly hint on their upcoming 'Golmaal 5'.

Almost three days back, the trailer of the film was released and has garnered immense appreciation from the audience.

`Simmba` is a remake of 2015 Telugu blockbuster `Temper`. Apart from Ranveer and Sara, the star cast also includes Sonu Sood, who will portray the role of the antagonist in the action film.It is directed by Rohit Shetty and produced by Karan Johar. The film will is scheduled to release on December 28, this year.