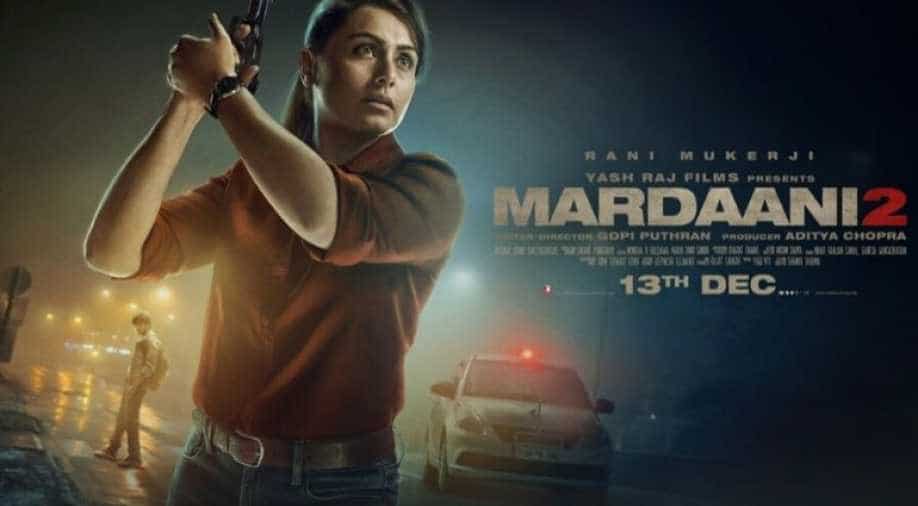 Rani Mukerji is back as unstoppable Shivani Roy in 'Mardaani 2' trailer Photograph:( Twitter )

The flick 'Mardaani 2', Rani is reprising the role of the fearless and committed Superintendent of Police, Shivani Shivaji Roy.

Rani Mukerji-starrer 'Mardaani 2' which hit the theatres on December 13 received a decent opening from moviegoers with minting Rs 3.80 crore on its first day.

Film critic and movie trade analyst Taran Adarsh shared the box office collection of the film on his Twitter account. According to Taran, the film goes from strength to strength on day 1.

On the second day, after witnessing a lukewarm take off in the morning, the movie is witnessing a big turnaround with a stronger occupancy in the evening and night shows.

In the flick 'Mardaani 2', Rani is reprising the role of the fearless and committed Superintendent of Police, Shivani Shivaji Roy. The edge-of-the-seat thriller will see Rani in a race against time to capture a brutal serial rapist who systematically targets women.

She had delivered a knock-out performance in the super hit and hugely acclaimed prequel, 'Mardaani', in which she took on the kingpin of a child trafficking racket.

Pakistan to get its own version of 'Money Heist'? Twitter reacts with hilarious memes