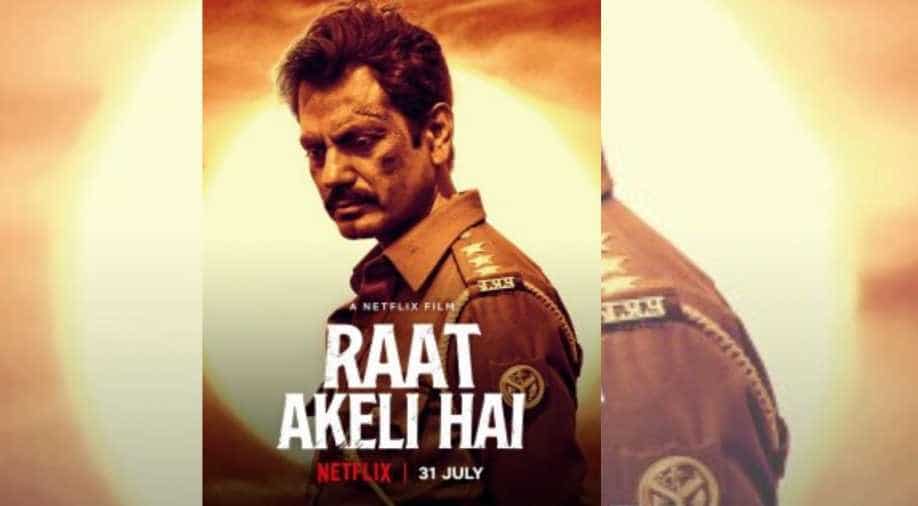 Nawazuddin Siddiqui turns cop in a gritty thriller called 'Raat Akeli Hai'. The film's trailer was released online on Friday and shows Siddiqui investigating a murder of a man who died on the night of his second marriage.

As Nawazuddin goes around investigating the case, uncomfortable family secrets tumble out with almost everyone becoming a suspect from his daughter to his mistress.

While the victim's family continues to call it an accident, the cop believes there’s more to what meets the eye.

The trailer also gives a glimpse of other cast members which includes Shweta Tripathi, Shivani Raghuvanshi, Tigmanshu Dhulia and Aditya Srivastav. 'Raat Akeli Hai' has been helmed by Honey Trehan.

The film will be available for streaming on Netflix from July 31 onwards.

In Pics:'Dil Bechara' to 'Gunjan Saxena': Where to watch the big ticket films this season