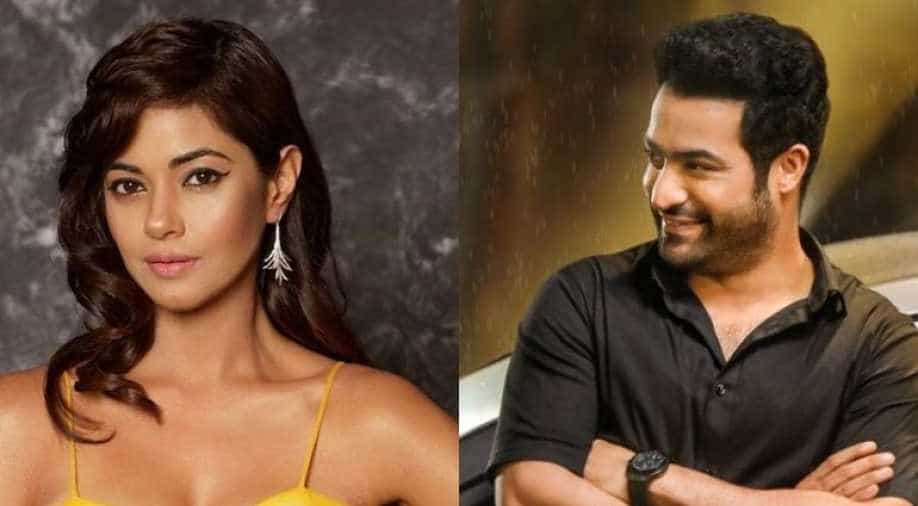 Fans of Junior NTR are reportedly sending rape threats to actress Meera Chopra after she said she is a fan of Mahesh Babu and not NTR.

Actress Meera Chopra, best known for starring in legal drama 'Section 375', on Wednesday said she was bombarded with threats of violence and rape on social media after she said she did not know about south film star Junion NTR and was a fan of Mahesh Babu.

The actress, who is Priyanka Chopra's cousin, had recently held a chat session - #AskMeera - with her fans on Twitter in which she was asked about her favourite actor from South cinema. The actress admitted she was a bigger fan of Mahesh Babu than Junior NTR after which she started receiving abusive messages on Twitter.

The actress said she will be taking strict action in this matter.

"I am already in talks with the cyber cell team. I've always advocated that women should fight for themselves and stand against what's wrong. Then how can I not do anything about this.

"You cannot character assassinate a woman, give threats, and abuse her for sharing her choice. I have to raise my voice against such fan clubs" Meera said.

The 36-year-old actor said she feels sad for superstars who have such a toxic fanbase. The stars should address such fan clubs instead of staying quiet. The actress even tagged Junior NTR on some of the abusive tweets and hopes that he "responds to his fans".

Junior NTR, whose real name is Nandamuri Taraka Rama Rao, is a Telugu cinema star and the grandson of legendary actor-politician N. T. Rama Rao, who was known among his fans as NTR.

This isn't the first time that an actress has been targetted by fans of a south star. In 2018, Malayalam actress Parvathy received similar threats when she called out Mammooty's film 'Kasaba' for its misogyny.