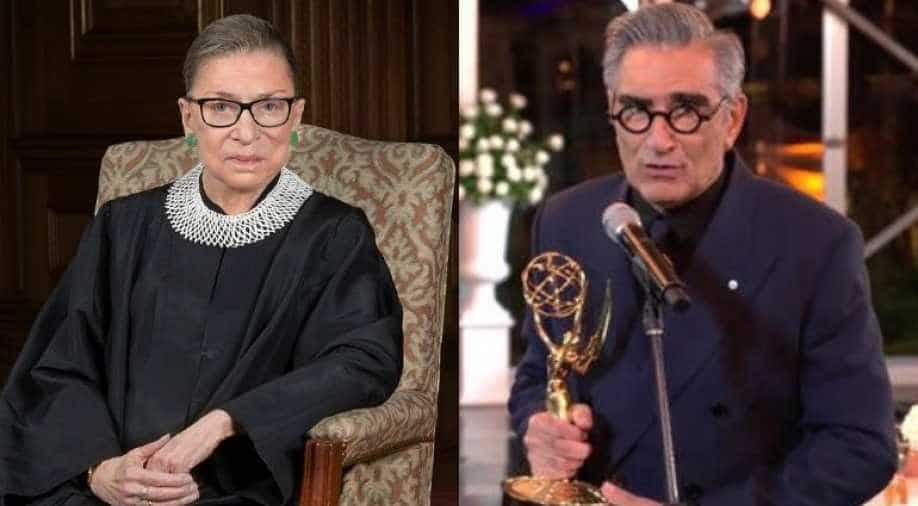 'Black Lives Matter' movement, the upcoming US Presidential elections, the death of Supreme Court Justice Ruth Bader Ginsburg- all were reflected at this year's Emmys.

'Black Lives Matter' movement, the upcoming US Presidential elections, the death of Supreme Court Justice Ruth Bader Ginsburg- all were reflected at this year's ceremony.

Almost every winner urged fans to get out and vote in the upcoming US Presidential elections.

“For any of you who have not registered to vote, please do so, and then go out and vote, because that is the only way we are going to have some love and acceptance out there,” said Daniel Levy while accepting an award for 'Schitt’s Creek'. “I’m so sorry for making this political, but I had to.”

“Vote for love and compassion and kindness,’ said Mark Ruffalo, winning for 'I Know This Much Is True.'

Jeese Armstrong, while accepting his award for best drama for 'Succession' called out leaders for failing to manage the coronavirus crisis and said a number of 'un-thank yous'.

Host of the evening Jimmy Kimmel too took a jibe at pandemic and Trump and at one point said, "Of course we don’t have an audience. This isn’t a MAGA rally. It’s the Emmys."

Many addressed racial injustice and police brutality in America, which has been a point of discussion for a long time. There was a rebewed call for greater diversitry and representation in TV industry as well as Hollywood.

Sterling K Brown wore a BLM shirt, Uzo Aduba wore a Breonna Taylor one to drive home a point. Anthony Anderson chanted "Black Lives Matter," and made host Kimmel join him as well and said, “Say it so that Mike Pence can hear it: Black Lives Matter.”

The show also gave tribute the Justice Ginsburg as Kimmel pointed how the impact she has had as a cultural figure. Regina King, while urging people to vote, said, "“Rest in power, RBG.”

From Regina King to Zendaya, big win for Black artists this Emmys