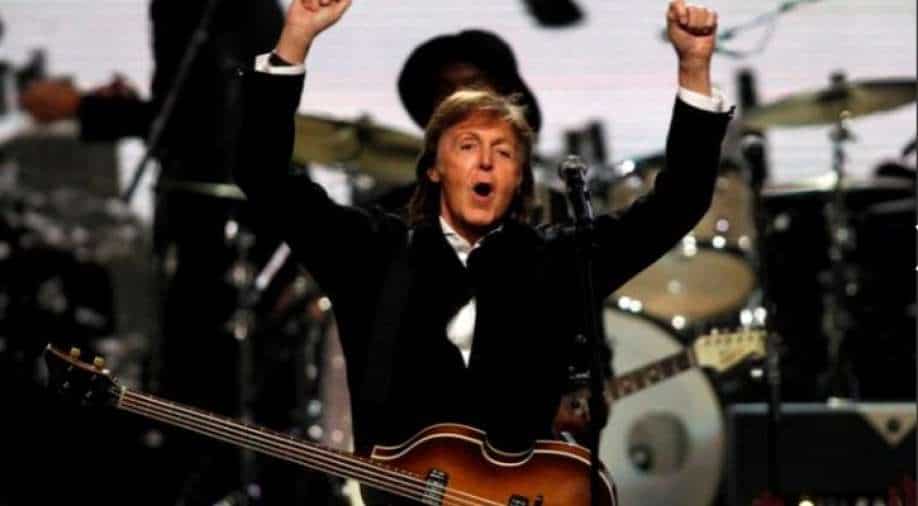 Paul McCartney is widely considered one of the greatest songwriters of the 20th century in his 1960s Beatles collaboration with the late John Lennon.

Sir Paul McCartney plans to launch a 14-date U.S. concert tour in the Pacific Northwest this spring, marking his first series of live performances since the end of a world tour in 2019, the former Beatle announced on Friday.

The "Got Back" tour will open on April 28 in Spokane, Washington, McCartney`s first show in that city, followed by back-to-back concerts at the Climate Pledge Arena in Seattle on May 2-3, according to the tour schedule posted on his official website.

The tour is slated to stop in 11 more U.S. cities over the following six weeks, wrapping at the Met Life Stadium in East Rutherford, New Jersey, on June 16, two days before McCartney`s 80th birthday.

The McCartney outing is sure to figure as a highlight of the 2022 spring-and-summer arena music scene as recording stars begin to return to live performances after a two-year hiatus forced by the COVID-19 pandemic.

McCartney is widely considered one of the greatest songwriters of the 20th century in his 1960s Beatles collaboration with the late John Lennon. He was last on the concert circuit with a 39-date world tour that concluded with a sold-out show in July 2019 at Dodger Stadium in Los Angeles.
"I said at the end of the last tour that I`d see you next time. I said, I was going to get back to you. Well, I got back," the musician said in a statement announcing his latest outing, alluding to the Beatles` 1969 hit "Get Back."

The writing and recording of the song featured prominently in the "The Beatles: Get Back," a recently-released documentary film series directed by Peter Jackson that covers the making of the band`s 1970 album "Let It Be."

Rounding out the Got Back tour are stops in Boston; Los Angeles; Oakland, California; Orlando, Florida; and Syracuse, New York.

Tickets for the general public go on sale on Feb. 25