Trailer of 'A Quiet Place: Part II' is here and it looks just as eerie as the first part 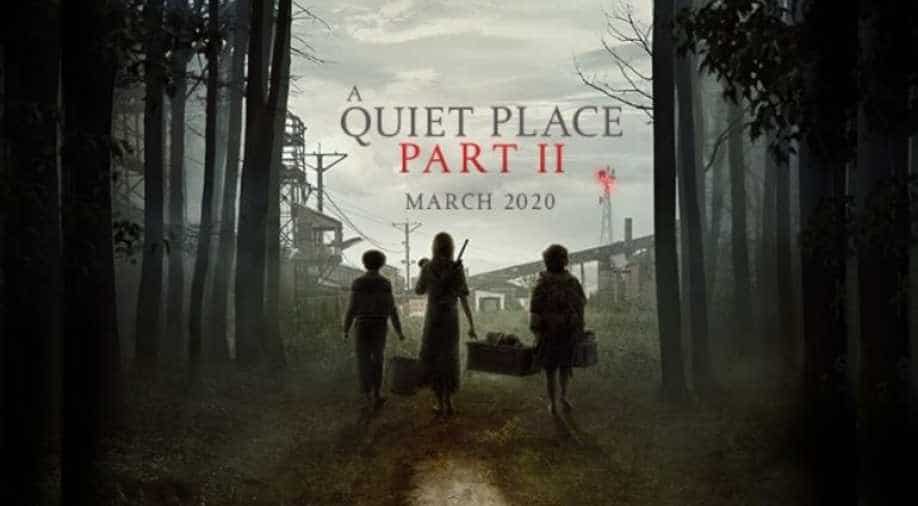 The second installment to the original 2018 movie is set in the post-apocalyptic backdrop in which the Abbot family is out on a battle for survival.

Paramount Pictures just dropped the trailer of its upcoming horror flick 'A Quiet Place: Part II' on social media platforms. Directed by John Krasinsky, the second installment to the original 2018 movie is set in the post-apocalyptic backdrop in which the Abbot family is out on a battle for survival against fierce extraterrestrial beings that are blind but possess an acute sense of hearing and attack anything that makes noise.

The first version was confined to the area of the neighbouring town and the family's homestead, but in the sequel, Emily Blunt along with her children Millicent Simmons and Noah Jupe dares to venture out in unfamiliar territories.

To their horror, the creatures that lurk outside are totally different from what the family encountered at home. The trailer that was released on Wednesday showed Emily Blunt, who plays the mother, driving her two kids through a town when suddenly people start to panic and gnarly looking extraterrestrial creatures appear out of nowhere.

The scene changes in which the Abbot family is seen walking with a baby in a box when suddenly Blunt bumps into a stranger from whom she seeks shelter and help.

"Please, there are people out there worth saving," Blunt tells the stranger whose character is played by Cillian Murphy. He replies, "You don't know, do you? I do. The people that are left are not the kind of people worth saving."According to The Hollywood Reporter, the movie is set for release on May 15, 2020.