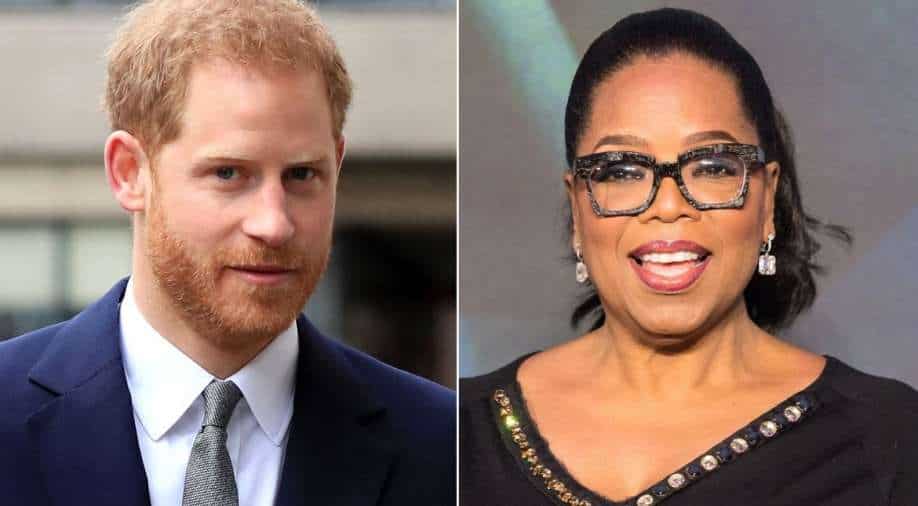 According to Winfrey, Harry and Meghan aren’t looking back after the bombshells they dropped during her interview in March.

Prince Harry and Meghan Markle are receiving severe backlash following their shocking revelation about their past royal life. Now Oprah Winfrey is defending the royal couple's request for privacy, by saying it doesn’t mean the couple has to stay silent.

Oprah spoke about her new AppleTV+ documentary series 'The Me You Can’t See' backed by the Duke of Sussex on the Today show hosted by Hoda Kotb.

''You know, I ask for privacy, and I’m talking all the time,” she continued. “So, I think being able to have a life that you are not intruded upon by photographers or people flying overhead or invading your life is what every person wants and deserves — to not to be intruded and invaded upon. That’s what people are missing.”

According to Winfrey, the former royal couple isn't looking back after the bombshells they dropped during her interview in March.

“They have not shared any regrets with me,” Winfrey said. “I understood what had happened to them, and I wanted the rest of the world to come away being able to answer the question, ‘Why did they leave?’ And I think by the time that interview was done, people understood.”

During his recent chat with Oprah, the Duke of Sussex also recalled the pain he went through when his wife was harassed by the UK press and faced racism and explained how it brought up hurtful memories from losing his mother, Princess Diana. Harry claimed  that the couple faced 'total silence, total neglect' when they asked 'The Firm' for help.

BTS Army rejoice! ‘BTS: YET TO COME’ to release in Indian cinemas for a limited period