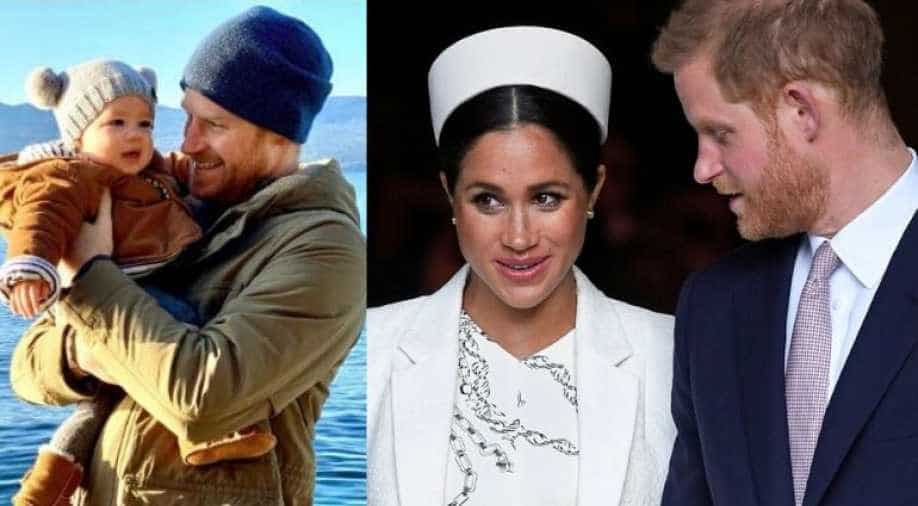 On the fifth episode of 'The Me You Can`t See', which featured never-before-seen footage of Archie swinging on a hanging bench alongside his father.

The Duke of Sussex recently revealed that one of the first words by his 2-year-old son Archie was "grandma", which was a sweet nod to late Princess Diana, saying that it was very sentimental for him.

According to People magazine, Prince Harry made the revelation about little Archie`s first words in the new AppleTV+ docuseries `The Me You Can`t See`, co-created by Oprah Winfrey and the Duke of Sussex.

Harry said that a photo of his late mother, who tragically died at age 36 following a car crash in Paris in 1997, is currently hanging in Archie`s nursery at the home he shares with his wife Meghan Markle.

Sharing about Archie's first words, he said, "I got a photo of her in his nursery, and it was one of the first words that he said -- apart from `mama,` 'papa', it was then 'grandma'. Grandma Diana. It`s the sweetest thing, but at the same time, it makes me really sad because she should be here."

Haunted by Diana's death, Prince Harry talks of how he feared losing Meghan too

As for Archie`s very first word, Harry had previously revealed that it was "crocodile." Earlier this year, during an appearance on 'The Late Late Show', Harry told host James Corden, "He`s got the most amazing personality. He`s already putting three or four words together, he`s already singing songs.""Three syllables," the proud dad remarked of Archie`s first word at the time.

On the fifth episode of 'The Me You Can`t See', which featured never-before-seen footage of Archie swinging on a hanging bench alongside his father, Harry also reflected on the loss of Diana.

He said, "I wish she could`ve met Meghan. I wish she was around for Archie."Still, as per People magazine, the father of one, expecting a baby girl with Meghan later this summer, believes his mother would have been proud of the man he is today and the life he`s created for his family.