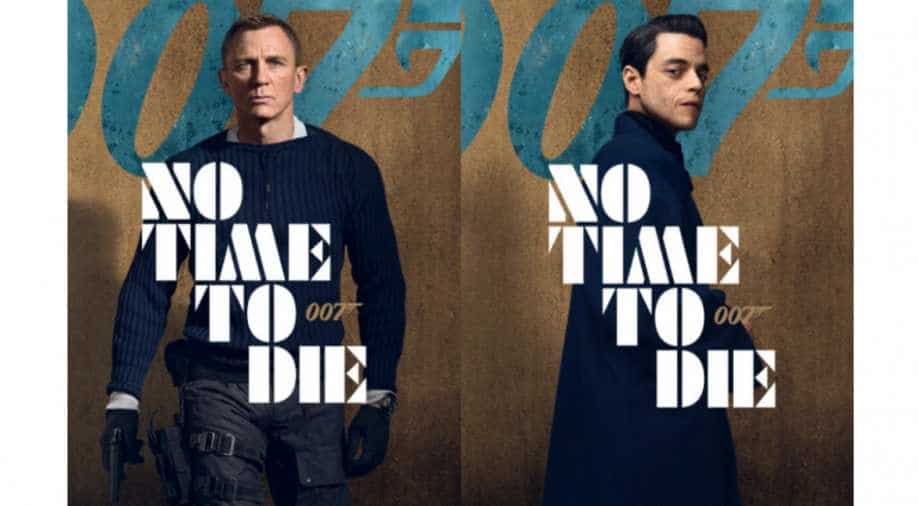 Posters from the film 'No Time To Die' Photograph:( Twitter )

The makers are set to release the first trailer of the film on December 4.

Excitement seems to have upped among the fans of world-famous spy, James Bond ever since the makers of the new film ‘No Time To Die’ released the first teaser. Watch here.

Ahead of the trailer launch on December 4, the makers have now come out with character posters featuring Daniel Craig, Rami Malek and many others. There are now six character posters that you can feast your eyes on if you can’t wait to watch the spy-thriller film.

The 25th Bond film ‘No Time To Die’ will have Daniel Craig reprise the role of the spy, James Bond 007, who loves his action, death-defying stunts, fancy girls and at least one extremely good looking girl making them an enviable couple on the screen. But this will be his last Bond film. "It's done. Someone else needs to have a go," he had told a news agency in an earlier interaction.

As for the posters, the official Twitter page of the film released them in batches. Daniel’s poster was paired alongside Lea Seydoux returning as Dr Madeleine Swann.

The second pair of posters have Rami Malek as Safin, the film’s villain and Lashana Lynch as Nomi.

The third in the set is Ben Whishaw returning as Q and newcomer Ana de Armas whose character has been described as bubbly, irresponsible and someone who will play a key role in Bond’s mission.

The first trailer of ‘No Time To Die’ will be releasing on December 4. The film is set to release on April 8, 2020.

Abhishek Banerjee on his roles in 'Paatal Lok' and 'Kaali 2': I would want people to compare the two characters