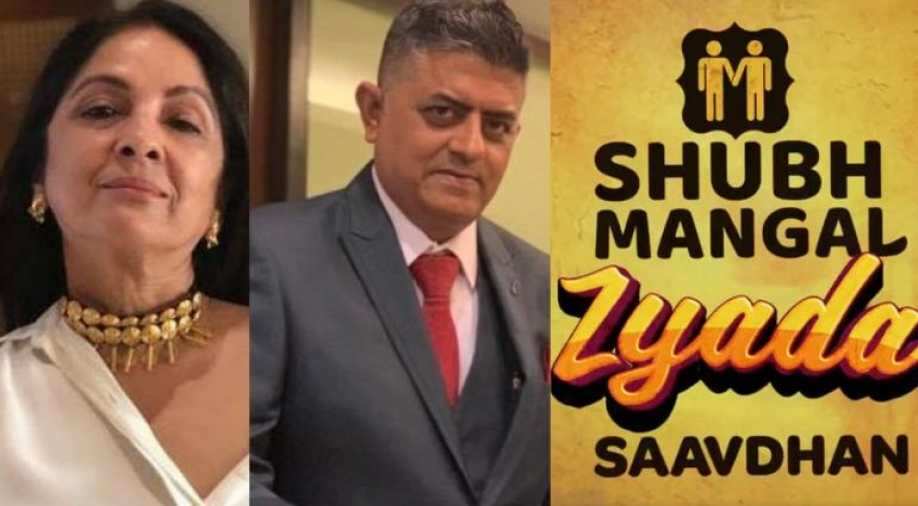 The upcoming film, which stars Ayushmann in the lead, will deal with the subject of homosexuality and the taboo around it.

After treating the audience with their raw acting prowess in 'Badhaai Ho', actors Neena Gupta and Gajraj Rao have joined the cast of Ayushmann Khurrana-starrer 'Shubh Mangal Zyada Saavdhan'.

The upcoming film, which stars Ayushmann in the lead, will deal with the subject of homosexuality and the taboo around it.

The duo, who played the role of Ayushmann's parents in 'Badhaai Ho', earned rave reviews for their performance in the film, which won several awards and honours last year.

The makers of 'Shubh Mangal Zyada Saavdhan' had released an animated teaser of the film on May 9, which is sure to grab your attention thanks to its creativity and how well it delves into the subject of homosexuality.

The audience now has grown receptive and open-minded to the idea of same-sex relationships on screen as more films are exploring the subject.

The upcoming film is slated to hit the theatres on Valentine Day 2020 and will clash with Imtiaz Ali's next directorial featuring Kartik Aaryan, Sara Ali Khan and Randeep Hooda.

Apart from this movie, Ayushmann will also be seen in 'Bala' alongside Yami Gautam and Bhumi Pednekar and 'Dream Girl' opposite Nushrat Bharucha.