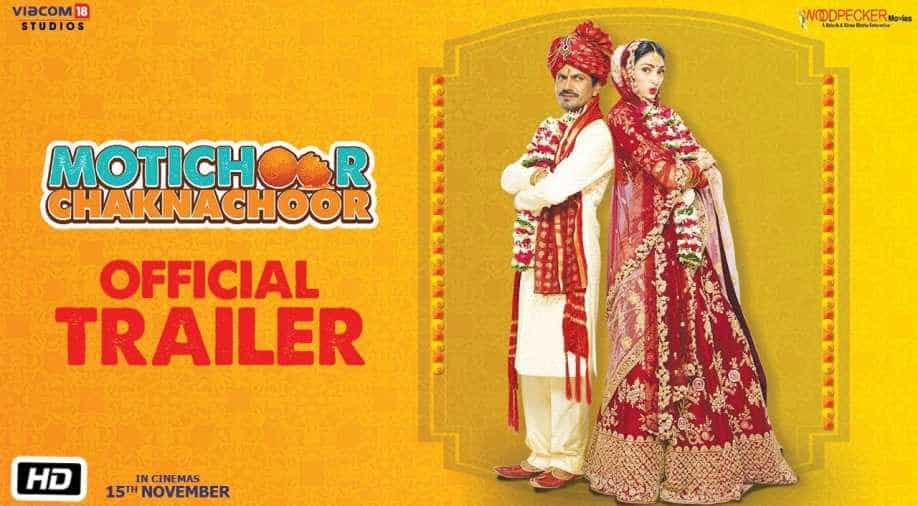 The film narrates the story of two bachelors struggling to find their perfect better halves.

After garnering much appreciation with films like 'Roam Rome Mein', Nawazuddin Siddiqui dropped the first trailer of his upcoming film 'Motichoor Chaknachoor' on Friday.

Going by the trailer, it looks the film is going to be a fun riot with its cutting edge comedy. 'Motichoor Chaknachoor' seems to be serving the viewers a dose of everything from heartbreak to fights, competition, and stress.

The film narrates the story of two bachelors struggling to find their perfect better halves. Nawazuddin essays the role of a 36-year-old Dubai returns NRI, Pushpinder Tyagi, who after a lot of struggles marries a girl named Annie, played by Athiya Shetty.

Annie's only aspiration in life is to settle in abroad by hook or crook. Therefore she finally, in the end, ties the knot with Pushpinder Tyagi with the hope of making a living in Dubai.

The film helmed by Debamitra Biswal is produced by Rajesh Bhatia and Kiran Bhatia. It will hit the theatres on November 15, this year.