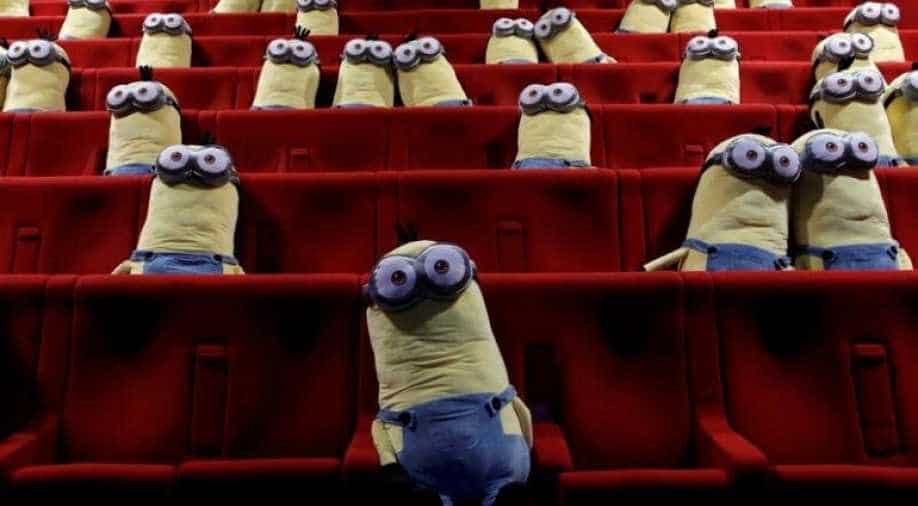 Stuffed toy versions of the yellow, pill-shaped characters were deployed at the MK2 cinema.

French movie fans ventured back into cinemas on Monday for the first time since the COVID-19 lockdown, helped by a new safety feature: minions placed at intervals in the seats to ensure social distancing is observed.

Stuffed toy versions of the yellow, pill-shaped characters were deployed at the MK2 cinema in the south of Paris for a showing of the 2015 movie 'Minions' - a spin-off from the 'Despicable Me' franchise that made them famous.

The minions, dressed in their trademark goggles and dungarees, were placed strategically around the auditorium to enforce a rule that viewers leave at least one place free between them and their neighbours.
The reopening of cinemas across France on Monday as part of a phased relaxation of the lockdown measures that were imposed in March to curb the spread of COVID-19.

Nathanael Karmitz, chairman of the MK2 cinema chain, said the numbers showing up for matinee screenings on Monday showed how much the French public had missed going to the movies.

Also read: Gerard Butler to reunite with his 'Angel Has Fallen' director for 'Kandahar'

"They love cinema," he said. "It`s much less risky spending two hours in a cinema than travelling on public transport or taking a train." Monday's cinema outing was not the first time the Minions have been enlisted to help keep people safe from COVID-19.

They featured in a public service announcement, developed in conjunction with the World Health Organisation (WHO), encouraging people to wash their hands and keep their distance to stay safe.