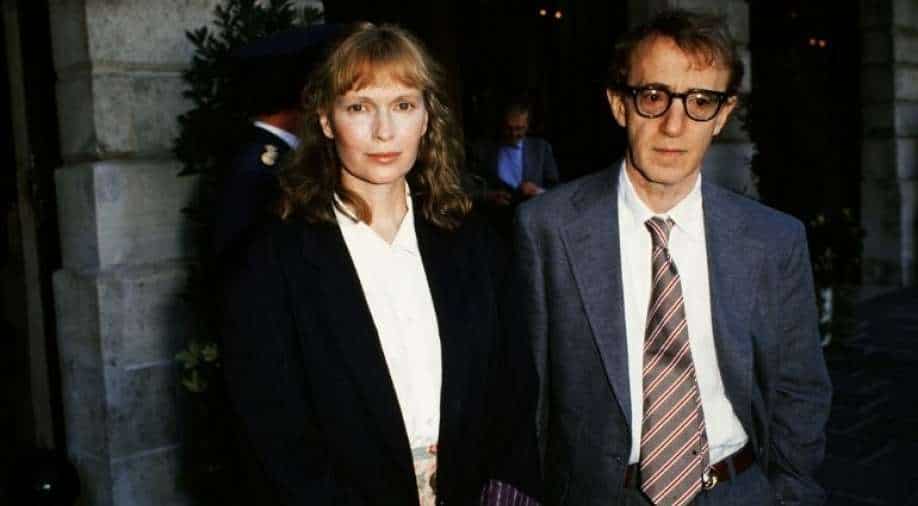 Docu series 'Allen v Farrow', which premiered on HBO, on Sunday has once again brought the spotlight on Dylan Farrow's allegations of sexual abuse against her step-father, noted filmmaker Woody Allen.

Docu series 'Allen v Farrow', which premiered on HBO, on Sunday has once again brought the spotlight on Dylan Farrow's allegations of sexual abuse against her step-father, noted filmmaker Woody Allen.

The first episode was aired on Sunday and actress Mia Farrow reflecting upon the incident that took place in 1992 when her daughter Mia was 7 years old.

The 76-year-old actress speaks about falling for Allen, 85, at the start of their relationship, and her daughter Dylan's accusations of sexual abuse against the filmmaker.

"That's the great regret of my life, that I wasn't perceptive enough. It's my fault," Mia says in the docuseries. "I brought this guy into my family. There's nothing I can do to take that away."

Also read: Former model reveals Woody Allen seduced her when she was 16

The Oscar-winning filmmaker has long denied the allegations of child sexual abuse. The incident came to light in 1992 when he split from Mia Farrow. Allen was not charged though a court said there was probable cause for a criminal case.

Farrow says Allen had made himself clear that he had no inclination to be a father and so she kept her life as a mother separate from her relationship with him.

Eventually, Allen and Farrow tried to have a child of their own. When the two couldn't conceive a baby, Mia says she asked Allen how he would feel about adopting a child.

"He said if I wanted to do that that it wouldn't ruin the relationship but that he wanted nothing to do with it," she claims in the docuseries.

"I thought, 'That's fair.' He knew the kind of children that I adopted that were all from different countries with different needs. He said, 'I might be more kindly predisposed if it was a little blonde girl.' I thought if he cares about that I should try to find a little girl like that and maybe he'll love her. I eventually ended up with a little blonde girl and that was baby Dylan."

The couple conceived their son Ronan Farrow soon after adopting Dylan. Farrow alleges that it was after the birth of Ronan, that she noticed Allen displaying "intense affection" towards Dylan- to the point where she would begin to hide from the filmmaker whenever he was around her.

"In time, what it became (that) was there was nobody but the two of them," Mia says in 'Allen v. Farrow'.

"He didn't want to see the other kids, he wanted to see her. She started running away from him. She started locking herself in bathrooms."

In the premiere episode of the docuseries, Dylan, Mia, and a family friend, Priscilla Gilman, say they recall seeing Allen, in just his underwear, in bed with Dylan, as well as an instance where the director had Dylan "suck his thumb."

'Allen v. Farrow' is a four-part docuseries that is being aired on HBO and streaming on HBO Max.